Pravasilis' new book is a humorous but honest approach to individualism, self-help, and the chaotic state of the world. 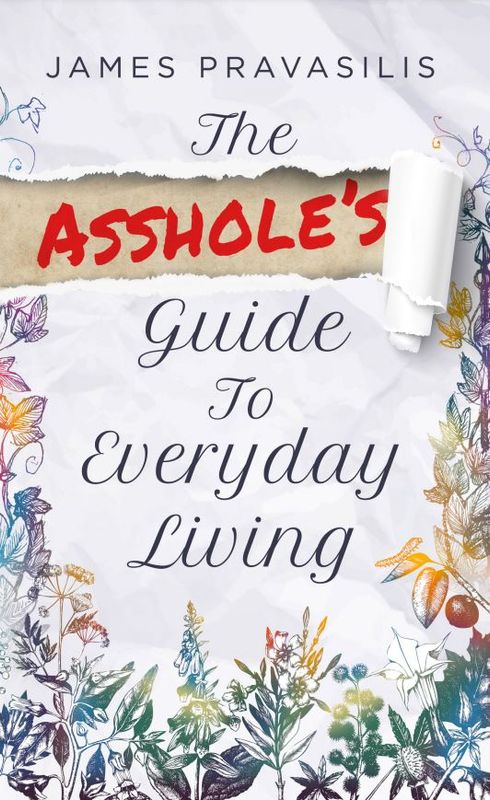 “The Asshole’s Guide to Everyday Living” by James Pravasilis has been released worldwide. This 128-page guide is a satirical – but also quite serious – self-help book for living a quality life, free from the confusing and problematic influences of the modern, hyper-connected world. With mentions of meme culture, social media obsession, identity politics, so-called experts, and beyond, the author takes a no-holds-barred look at the society we live in and lays out a path for self-reliance.

Equal parts insightful and crass, Pravasilis offers advice on embracing your inner “asshole” – a term used to describe the irreverent, individualistic, uncompromising attitude that stands to help people from all walks of life break out of unconscious behaviors driven by unhealthy social norms.

This swear-filled, hilarious, and probing guidebook asks readers to get honest with themselves, question the ideologies they’ve been spoon fed, and ultimately, to stop putting up with the nonsense that bombards every part of our lives.

The Asshole’s Guide to Everyday Living (ISBN: 9781958729472) can be purchased through retailers worldwide, including Barnes and Noble and Amazon. The paperback retails for $12.99. Wholesale orders are available through Ingram.

From the back cover:

A satirical yet real perspective on individualism, sovereignty, spiritualism and social discourse through the eyes and ears of the every man/woman/it/them/mammal that hates the taste of kale, has no time or patience for the kundalini breathing exercises and is just trying to get through life with as minimal damage as possible in the “New Normal.”

Humor is the best medicine and this book provides a nice dose of haha’s for those of us who are fed up and aren’t pulled into the manufactured polarity and manipulation that is hijacking our individual consciousness.

James Pravasilis is a writer, actor and musician from Brooklyn, N.Y. He has written and produced two short films The Prime and Three Grand Souls. He has also written and produced short plays such as Happy Trails and Inept. As an actor he has had roles on Billions, Blacklist, The Deuce, Ray Donovan, Trial of the Chicago Seven and I Know This Much Is True. His music is on iTunes and Spotify under the title Groove Assault “The Good, The Bad and The Filthy.”

Manhattan Book Group (“MBG”), located on Broadway in New York City, is a registered trade name of Mindstir Media LLC. MBG is widely known as a premier hybrid book publisher. We have combined the best of traditional publishing with the best of self-publishing to provide authors with the “best of both worlds” in a sense. To learn more about MBG, visit https://www.manhattanbookgroup.com/