Dutch famous painter Vincent Van Gogh's suicide has been stirring many controversial debates among researchers and historians since many years ago. Among them is French playwright Antonin Artaud. A new show featuring Van Gogh's artworks seen through Artaud's eyes has just opened at Paris's Musee d'Orsay.

"He was Driven to Suicide by Society", opening on Tuesday in Paris, is a fitting title for the collection of 55 great artworks by Vincent Van Gogh unified under the gaze of Antonin Artaud, avant-garde theatre director and playwright.

Four of Vincent Van Gogh's self-portraits stare back at the viewer not far away from the entrance on the exhibition floor; with thick brushstrokes of blue and green under his piercing blue eyes and a proud expression, Vincent Van Gogh seems to challenge visitors to decide whether it is he, or society, that is mad.

This exhibition is also unique thanks to the new perspective shed on the works by Artaud. Although born six years after Vincent Van Gogh's death, Artaud, author of the influential theatre manifesto "The Theatre of Cruelty," felt a kinship for the red-haired painter, who shot himself in the stomach in 1890. He defended the artist in a 1947 book and placed the blame for his death on society.

"Artaud's text is quite interesting, since it goes against all received ideas about Van Gogh. Artaud argues that Vincent Van Gogh is not mad, he was driven to suicidal despair by the society which rejected his artworks. Therefore, that is an astounding theory, since from that moment on he went on to accuse people, and society as a whole, of pushing Vincent Van Gogh to suicide," Isabelle Cahn said. 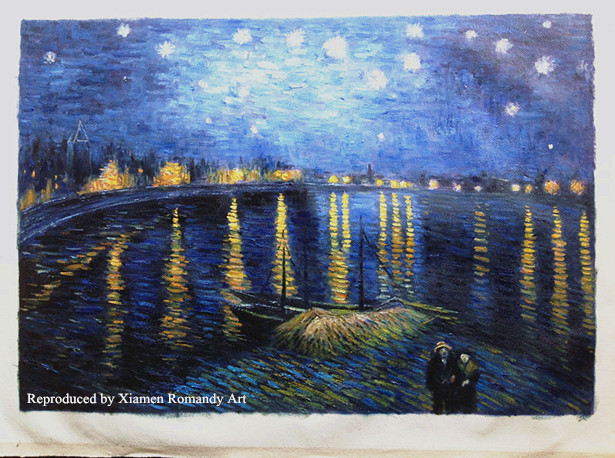 Vincent Van Gogh was tormented throughout his life by delusions and hospitalized in psychiatric asylums, and his torment is visible in all his works throughout the exhibition. With the sinewy tree trunks and quivering vegetation in 1889's "The Garden of the St. Paul Hospital," a raw nerve is visible through Van Gogh's emotional canvases.