Crypto Mining Club is a 10,000-piece NFT project that is making waves in the NFT space by rewarding its holders with profits made from mining. 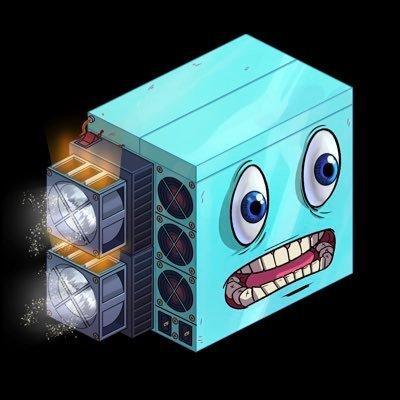 Crypto Mining Club (CMC) is out to shake up the NFT space after introducing the first-ever $KDA mining NFT project that will generate mining rewards for all holders each month.

"A 10,000-piece NFT project, Crypto Mining Club is an emerging utility in the NFT space. The team aims to be one of the dominating projects in terms of holder rewards," a representative said in a statement.

With CMC, they will be joined by a loyal NFT miner that would serve as their ticket to Crypto Mining Club's exclusive Rewards Program and an impressive list of monthly mining rewards generated by the project.

The team behind CMC aims to mine Kadena with the revenue generated from minting sales. Once the reward wallet grows, the community will select what other mineable cryptocurrencies the company should expand mining operations into.

Dubbed as one of the best multi-layer blockchain networks in the space, KADENA ($KDA) leads the way in uniting public applications, private blockchains, and other networks securely and seamlessly, making it cost-efficient for users and rewarding for miners at the same time.

Known for its zero-fee transaction environment, the KADENA network continues to drive interest in the protocol as its rivals are in the midst of record-high fees.

In addition, the KADENA public blockchain incorporates a parallelized proof-of-work consensus mechanism to provide Bitcoin-level security. At the same time, KADENA does not suffer from transaction throughput problems because of its "Pact" smart contract language that allows more straightforward algorithmic transactions through the network.

The benefits of mining $KDA include superior mining rewards, a well-established supply chain of miners, and integrability with other networks. Mining $KDA is poised to generate $250,000 per month for the NFT project. This will be yielded in the form of mining rewards that will then be distributed to all NFT holders.

CryptoMiningClub will be an Ethereum-based NFT project minting for .14 ETH at the time of mint. The team announced that the minting would happen on the official website or secondary market after mint. CMC currently has an established page on OpenSea.

David and Bruce, founders of CMC, both have a deep passion for cryptocurrency and blockchain adoption. The concept of the Crypto Mining Club was realized when a mutual friend of David and Bruce's took a loan out for a cryptocurrency miner and got scammed over the internet for the money, losing him $10,000.

This incident gave birth to a mission of providing a low barrier of entry into the mining space for those interested or who do not have the tens of thousands required to substantiate the set-up and maintenance of crypto mining equipment.

"After seeing so many people in the NFT space get scammed and not deliver on their mission, we wanted to take community mining into our own hands. This is why we are building a project based on trust, reliability, and integrity," says Bruce, founder of CMC.