Reminding fans to be grateful and be in sync with the presence of God, the new single “Empty” will be released on August 12. 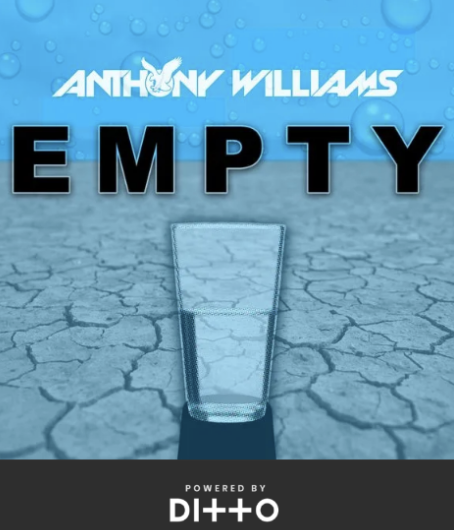 Anthony Williams, an emerging Hip Hop talent from the United Kingdom, has announced the drop of his latest single called ‘Empty’ that he is excited to share with the world.

The highly anticipated song will be available on August 12 for streaming on all major music platforms, including Spotify, Apple Music, Amazon Music, Deezer, and Tidal.

The inspiration behind this latest single, ‘Empty’ is about feeling the void in life but still flowing with God's presence, favor, goodness, and blessings. In his song, Anthony sends a message with his lyrics to persevere and have faith through hardship and struggles.

The buzzing rapper came into the music scene in 2020 and has since released 8 independently produced records with hits like ‘Long Way’, ‘Always’, and ‘Loyalty’ having over 50,000 streams on Spotify. His music keeps it real, sharing his stories and beliefs with powerful lyrics that resonate and moves his audience, who appreciate his sound.

The rising star is also making a name for himself in the music industry, having been nominated for prestigious awards like the TAA Award and the BADMA Award. His singles are featured in the Top 40 iTunes UK Hiphop & Rap Songs, Top 30 iTunes US Christian Songs Charts, and the 150 Independent DRT Global Airplay Chart.

Regarding the success of his new drop and album Till My Last Breath (EP), Anthony Williams stays humble. He only feels grateful, saying, “I would like to thank Jesus Christ first & foremost, then Methadon, Elite Music Studios, Awesome Recordings, Ditto, JCM Philippines, and Overturn Network for their contribution in every way”.

To listen to the new single “Empty” and follow Anthony Williams on upcoming music and events, please visit AnthonyWilliamsMusic.com

Born and raised in London, Anthony Williams is an aspiring British-Filipino HipHop artist with a unique sound and style. With major releases like ‘Long Way’ and ‘Always,’ his music has touched listeners with heartfelt renditions of realness and emotions across his powerful lyrical melodies.