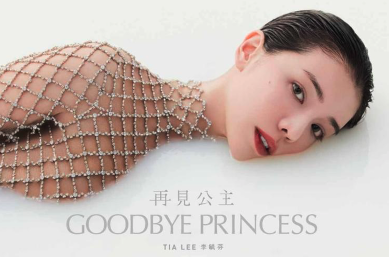 The newest Goodbye Princess remix by Superstar DJ duo NERVO has dropped with a splash, right into the #EmpowerHerMusic movement.

Humbled by the global support for her Goodbye Princess pre-release campaign, Tia wanted to give something back to help women worldwide. Having seen first-hand how women can support other women, Tia launched the #EmpowerHer global campaign earlier in December, a pioneering initiative to support the empowerment of women worldwide.

Tia initially partnered with four worthy charities, which share the common goal of empowering women in different ways. Women in Music, Beats by Girlz (USA), Teen’s Key (Hong Kong) and Daughters of Tomorrow (Singapore) are the initial partners announced. The MV’s views have now more than quadrupled from the initial target, reinforcing its meteoric rise – and the views are still pouring in. Fans can continue to support Tia’s cause by watching the ‘Goodbye Princess’ music video on YouTube and share the #EmpowerHer hashtag.

#EmpowerHer through Dance: The Power of the Global #EmpowerHerDance Inspires Awareness Through Dance with the Most Popular TikTokers in Australia, New Zealand, Middle East, Africa and the UK leading the charge

International female dancers and prominent influencers around the world have answered Tia’s clarion call to join her in the #EmpowerHer movement in empowering fellow females, with the start of the #EmpowerHerDance challenge, which was inspired by “Goodbye Princess” and has taken TikTok by storm across continents worldwide.

Australia’s most popular creator on TikTok last year, Hannah Balanay was the first to cover the song’s distinctive choreography with the signature ‘goodbye’ and wave, followed by New Zealand’s Judah Metu-Teaukura, JLou from Hong Kong, Leen Mohammed from the Middle East, Evie Meg of the UK and Salice Rose from South Africa whom are all the most popular TikTokers/KOLs in their respective regions. The #EmpowerHerDance movement has generated more than a million views to date, and continues to rise each day.

Now, even DJs have come onboard the #EmpowerHer movement with their own rendition. Helming the #EmpowerHerMusic movement are number one ranked superstar DJ and Grammy Award-winning duo NERVO with their unique remix of Tia Lee’s record breaking hit Goodbye Princess and sharing the remix with all their fans worldwide as part of their global tour.

NERVO has written and produced multiple hits for global superstars such as Kylie Minogue, Ke$ha, The Pussycat Dolls, Afrojack, Steve Aoki and Armin Van Buuren – even winning a Grammy Award for writing ‘When Love Takes Over’ for David Guetta and Kelly Rowland. However, their first love has always been electronic dance music (EDM); their repertoire of chart-topping hits and critically acclaimed debut album has established themselves as one of the biggest dance acts in the business.

In signature style, NERVO’s remix of “Goodbye Princess” turns the song’s tempo up and deftly weaves together multiple synth layers over Tia’s crystalline vocals, musically describing a fierce call to action for female empowerment and reflecting Tia’s bold, brave and resilient spirit. The result is a fast-paced, heart-pumping number reminiscent of the timeless mid-90s to early 00s discothèques with a 2022 twist, elevating the already energetic song into a defiant anthem that celebrates inner strength.

Beyond her incredible musical talent, Tia is renowned as a fashion icon, with her distinctive style turning heads at all major international fashion events. In the last month alone, Tia appeared on the cover of Rollacoaster magazine modelling the latest collection from Burberry, and on the cover of Vogue Hong Kong wearing Gucci.

The release of Goodbye Princess on 9 December was eagerly awaited following the hugely successful pre-release campaign, which started on 11 November. The legendary animation director Sunny Tang (Astroboy, Teenage Mutant Ninja Turtles) jointly with award winning UK director Tony C. Miller directed a six-part series of 30-second animated episodes incorporating music and fashion videography that preceded the single’s music video release. The series achieved incredible global success, breaking all C-pop pre-release campaign records to accrue over 100 million cumulative views in less than a month. The animation challenges typical fairy-tale iconography while championing a female-driven future that celebrates women’s strength and independence. This message is central to Tia’s beliefs and she is delighted to have been able to use her artistic talent to encourage women to break down barriers and play a role in supporting female empowerment. Watch the animation and motion stills of the Goodbye Princess pre-release campaign on Tia’s YouTube, and stay tuned for her latest updates on Tia’s Instagram, YouTube, Facebook and Weibo.