Malaysia-China ties marked another milestone as both countries formally join hands to film an epic biographical series of historical figure Cheng Ho, taking the People-to-People Bond under Belt and Road Initiative (BRI) to another level while gearing up for Malaysia-China Cultural Tourism Year 2020. 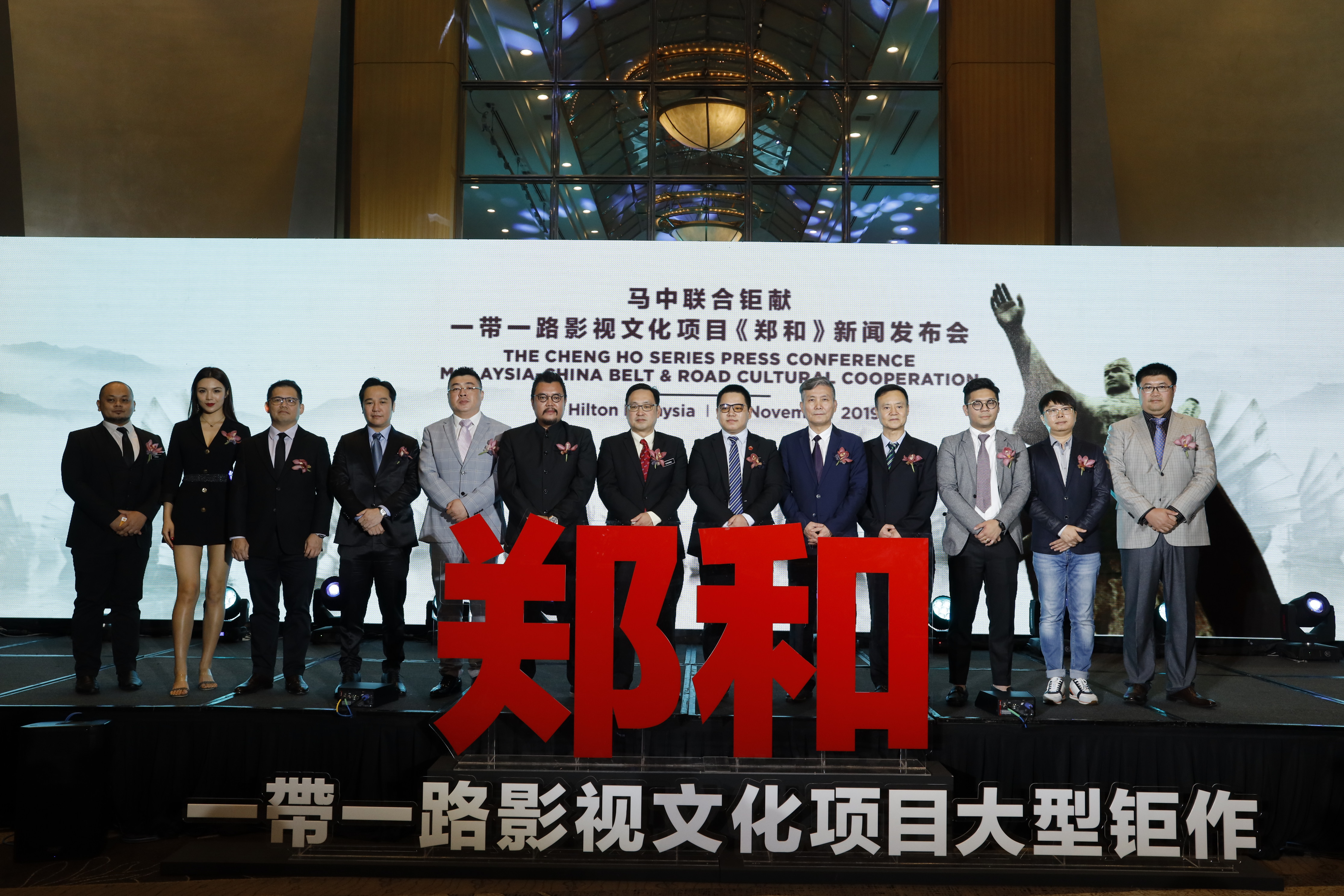 Malaysia-based Trillion Film Group and Trillion Production are entrusted by China International Culture and Artistic Centre (CICAC) to manage the filming of “The Cheng Ho Series” in Malaysia. They signed a memorandum of understanding (MoU) in Kuala Lumpur today to officially mark their cooperation, which is witnessed by Deputy Minister of Domestic Trade and Consumer Affairs Chong Chieng Jen.

The Series involves key entities of China such as the Publicity Department of the Central Committee of China (CCPPD), State Administration of Press, Publication, Radio, Film and Television of the People’s Republic of China (SAPPRFT) and China Central Television (CCTV), which reflects the series’ significance and the anticipation of Chinese officials.

60% of the Series will be filmed in Malaysia, particularly in Melaka and Johor Bahru with crew members originating from Malaysia and China.

Involving a budget of RMB300 million (approximately RM178 million), it is expected to take 8 months to finish filming. Malaysian input accounts for more than half of post-production.

“The Cheng Ho Series” is the first ever Malaysia-China large-scale epic series since the establishment of diplomatic ties 45 years ago. To be released in 2021, it reflects the strong bond between both countries and signifies more great things to come.

Stories of Cheng Ho are commonly known through books but rarely presented in the format of a series. The Series is expected to let viewers know Cheng Ho himself in ways like never before, which is very worthy of our expectation. Malaysian production teams have the opportunity to learn from China’s cutting-edge production ability to elevate their game.

The production team from China are currently in Malaysia for their maiden visit to carry out preliminary on-ground discussions, including recce and a series of key meetings to ensure a smooth filming process. 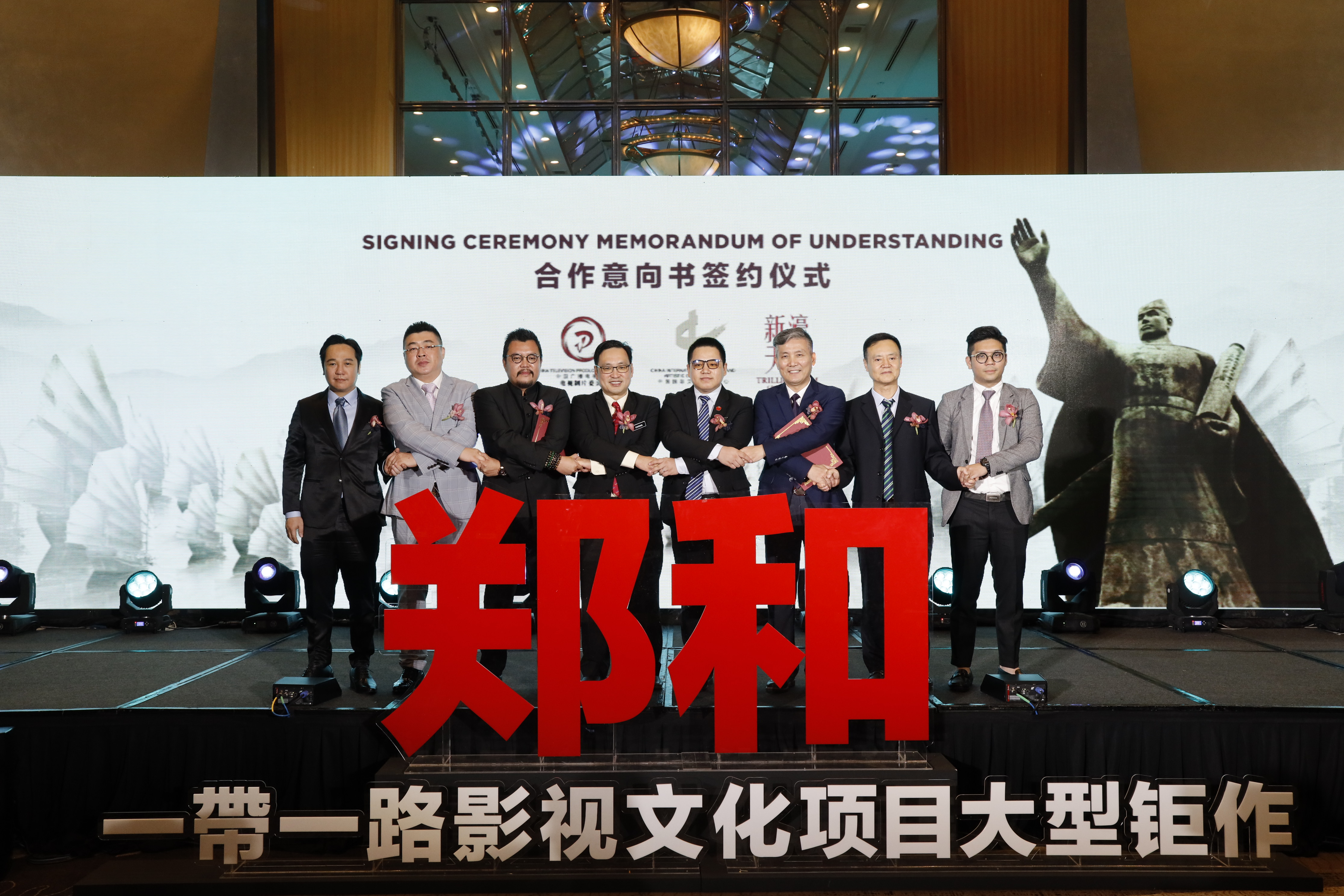 Trillion Film Group aspires to establish a new platform and work together with industry players to promote Malaysia as a heavyweight in the Asian film market and gain a foothold in the international arena.

Trillion Production, our in-house unit, brings together talented locals from various fields in the spirit of professionalism, credibility and diligence to produce quality films and TV series. Through cooperating with our strategic partners, we get to work with excellent teams at home and abroad to select quality works in cultivating new fundamentals while providing a wide range of technical support. Together we connect the world through films and create a new facade in the RMB100billion yuan Asian film industry.

China International Culture and Artistic Centre (CICAC) was established in 1992. It was first chaired by then-Vice Chairperson of the National People's Congress, Mr. Wang Guangying. The Centre’s concept of “Creating new value with culture, creating valuable new culture” has led to the establishment of Creative City Design Centre in China, which is chaired by the Father of Creative Economy, John Howkins. It forms a complete industrial chain from core ideas to cultural industry investment and management.

The Centre is a national organization for foreign cultural exchanges, which is certified by China’s Ministry of Culture and the State Administration of Press, Publication, Radio, Film and Television (SAPPRFT) for purposes of production, communication, performance and many more.

For the last 30 years, the Centre has conducted international cultural exchange activities with the US, UK, France, Germany, Italy, Russia, Japan, Korea and 60 other countries that resulted in Russia’s “Little Silver Birch” Dance Troupe and Spanish Flamenco China Tour, among others. It has filmed and produced nearly a thousand works that has received numerous awards.

CICAC is a member of TV & Film Committee of the China Alliance of Radio, Film and Television (CARFT), which has organized the committee’s annual congress, National Top-Notch Television Production for 12 times and notably the 4th Asia Rainbow TV Awards held in Sanya City that gathered celebrities, directors and industry experts from different countries and brought the arts and culture of Belt and Road countries together, promoting mutual growth of Asian TV programs.

About the TV & Film Committee of the China Alliance of Radio, Film and Television (CARFT)

TV & Film Committee of China Alliance of Radio, Film and Television (CARFT), established in 1991, is a national TV production association certified and managed by SAFPRT. It currently has over 1,700 members, covering local and foreign production organizations and major shooting bases. The annual broadcast of its film and television works account for about 95% nationally. It is an advocate and leader of the industrialization of TV programs in China.

The committee’s purpose is to assist the government industry management, set industry standards, safeguard the rights and interests of industry players and promote cooperation among its members. It also actively bridges the gap between the government and its members, implement the party's principles and policies and provide decision-making reference for the government.

This media release has been prepared by Trillion Film Group Limited for immediate release. For further enquiries, please contact: