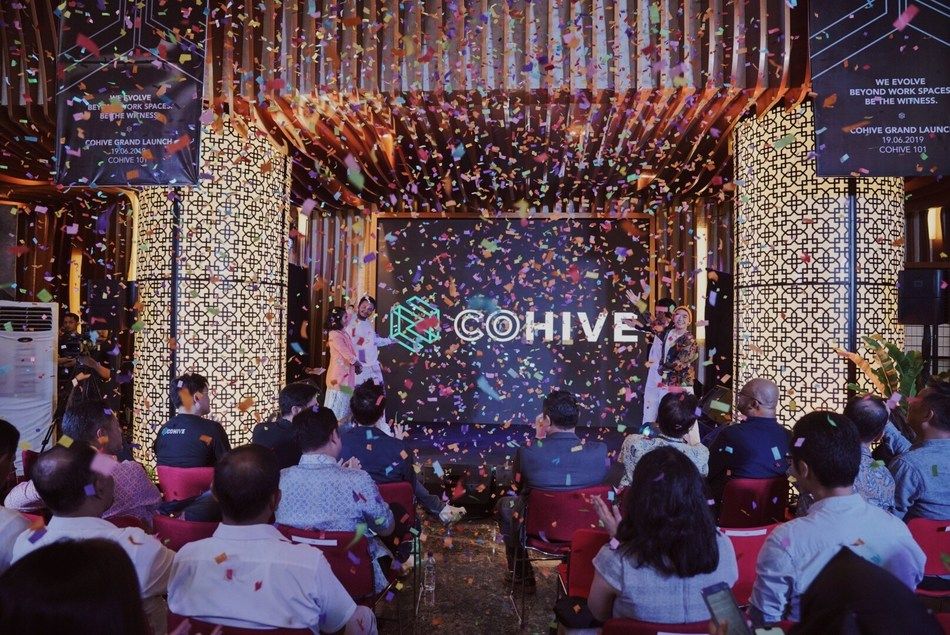 The Grand Launch event was marked by the launch of CoHive’s headquarters, an 18-story building in Mega Kuningan, Jakarta.

“This building marks us as the first CoWorking space company in Indonesia that fully operates a high-rise building,” said Jason Lee, Co-Founder, and CEO of CoHive.

New product announced during the event includes CoLiving, a 64 rooms living space that was a project in partnership with Keppel Land Indonesia at Tower Crest West Vista, West Jakarta. Another product being CoRetail, a retail space solution located at the ground floor of the CoHive 101 building.

During the event, CoHive also announces the first close of a series B financing round led by Stonebridge Ventures. Closing at US$13.5M, the funding round was joined by Kolon Investments, Stassets Investment, several local property developers and H&CK Partners, an existing investor.

“CoHive is the leading CoWorking space provider in Indonesia. The founders have done a great job delivering significant value to both the tenants and the building landlords by enabling quality, flexible workspaces at reasonable prices and doubling the occupancy rates for buildings,” Fortune Sohn, Director of Stonebridge Ventures.

Sohn added that the investors will be looking to strengthen CoHive’s position in the Indonesian market as a community builder, not just as a coworking space operator.

With the injection of fresh funds, CoHive is looking to operate more co-working spaces in Jakarta and also expand to other cities in Indonesia including Surabaya, Bandung, and Makassar.