Danielle Green, fashion designer for Victor by Danielle Green, organizes a petition to President Biden and the United States Senate calling for the federal criminalization of image-based sexual assault (IBSA). 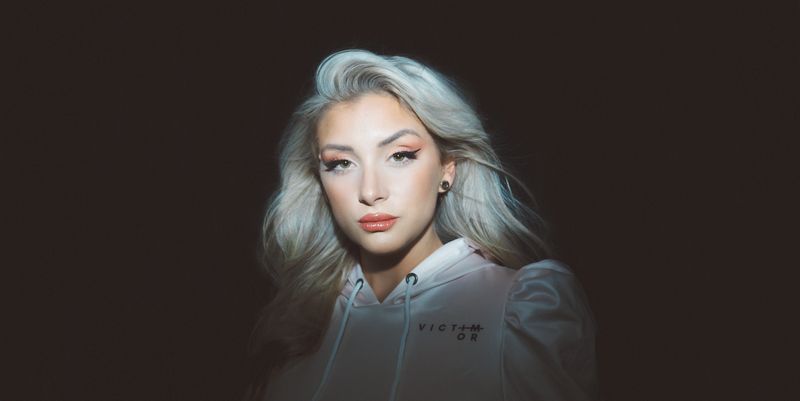 Danielle Green, fashion designer for Victor by Danielle Green, has organized a petition to President Biden and the United States Senate calling for the federal criminalization of image-based sexual assault (IBSA). Green shares her own horrific story of IBSA in the new Netflix docuseries, The Most Hated Man on the Internet. Since then, she has spoken out about her story and the need for federal legislation on the Tamron Hall Show with Charlotte Laws, was featured on Rolling Stone, wrote an advocacy piece for The Crime Report and completed an in-depth interview with famed psychologist, Dr. Kirk Honda from Psychology in Seattle. About one in 25 Americans are either threatened with or victims of the non-consensual act of image-based sexual assault (formerly known as “revenge porn”). That equates to roughly 10 million Americans, according to a study published by the Data & Society Research Institute.

Danielle Green is urging the public to sign the petition at:

“Some 48 out of 50 states have outlawed image-based sexual assault but there is currently no federal law in place. At this point, there is seemingly nowhere else to turn, unless a victim is financially secure enough to hire an attorney. The mountain each victim must climb emotionally and legally to find peace is so overwhelming, it’s no wonder that many give up and consider a much darker escape," said Danielle Green.

“The change.org petition that Danielle Green organized has already gained over 3,600 signatures,” says Meredith Corning, long-time friend of Green’s and her PR agent. “At 5,000 signatures, it is more likely to get picked up by local news. Please help Green and all abuse victims by signing the petition today and sharing with your network. Do something today to help make positive change.”

“There are organizations that dedicate themselves to legislation reform and victim support. Unfortunately, they are severely underfunded and overwhelmed with massive caseloads. If a victim was underage at the time of exploitation, it’s a completely different course of action. If there is stalking involved, there are other crimes to navigate. We need legislative reform for victims now,” said Danielle Green, founder of Victor by Danielle Green.

About Danielle Green: Danielle Green is an award-winning creator in the fashion, beauty, lifestyle and wedding industries. She is a branding consultant with a niche in art direction under her own agency and master photographer and owner of L A Y E R S, an adventure photography company based in the United States. You can see her work in numerous publications including Southern Living, Martha Stewart, British Vogue and Brides magazines to name a few. Green is featured in the new 2022 Netflix docuseries called, The Most Hated Man on the Internet, where she tells her own horrific story of image-based sexual assault (IBSA). She is the founder of Victor by Danielle Green, a streetwear and activewear fashion collection dedicated to the empowerment of victims of abuse and systematic oppression. Her mission is to inspire others through her many creative endeavors with the goal of shining a light on social injustices and the unbalance of power, whilst offering a collective embrace to those healing in their own life experiences. Green will continue to use her platform as a way to provide truth in storytelling, advocate for abuse survivors and provide hope to a world in need of strong voices creating change.

About Us: Danielle Green is the fashion designer behind Victor by Danielle Green, a streetwear and activewear fashion label, and advocate against image-based sexual assault (IBSA).