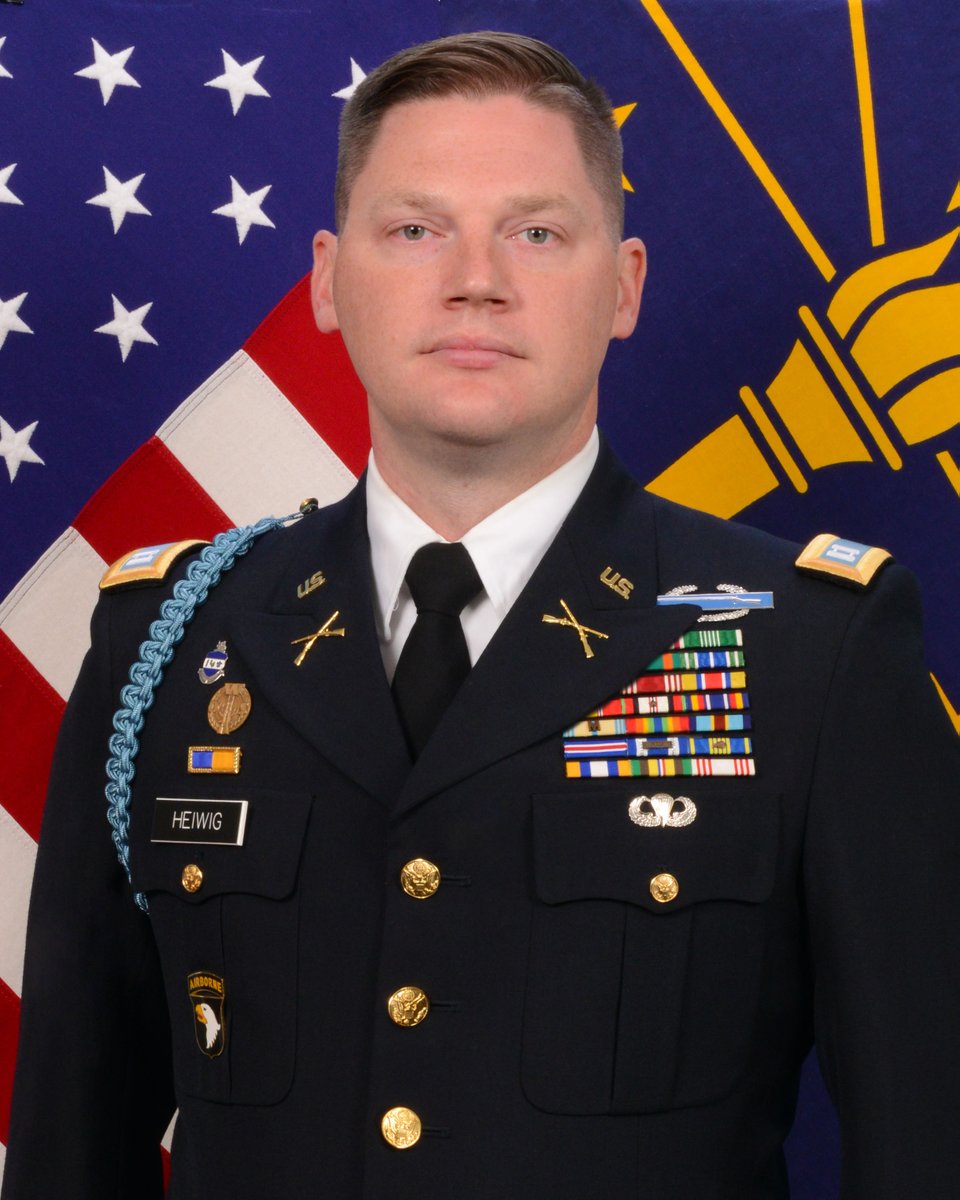 Army combat veteran and Seymour native, Daniel Heiwig, has announced his candidacy for Congress in Indiana’s 9th district in time for the Republican primary (taking place on May 3, 2022). Heiwig stated that he is running for Congress because he believes America is “under siege by socialism” and vows to implement a plan to correct the path.

Daniel Heiwig is a proud Hoosier patriot who continues to serve in the U.S. Army, and a husband and father of 2 young daughters. Growing up in Indiana, he graduated from Seymour High School in 2001 and enlisted in the Indiana Army National Guard while attending college and graduated with a Bachelor’s of Business Administration. Later, he received his MBA from Oakland City University. In 2008, Mr. Heiwig earned his commission and became airborne qualified as an Infantry Officer. Since then, he has gone on to lead against multiple direct threats to the country while deployed overseas receiving multiple badges (including the Combat Infantry Badge made famous from the movie “Band of Brothers”).

According to Mr. Heiwig, some of the primary issues facing our nation include a dramatic increase in crime due largely to the response of weak sentencing by the Biden Administration’s Justice Department. Inflation is at a 40-year high due to weak economic policies and the Biden Administration is selling farmland to China. We are on a disastrous path and if not corrected soon may unravel past the point of no return.

Heiwig stated, “We find ourselves in very trying times. Many people are losing hope in the American dream as a result of the Biden Administration’s disastrous policies. If we are going to continue to be a free nation, we must have leaders who will stop socialism in its tracks.”

He believes the next steps to get the country back on track can be achieved fast – if they are implemented soon. Heiwig continued, “Indiana needs a leader who can fight for our farmers, our manufacturing jobs and our way of life. We have to reclaim our identity as free people once again. We have to reclaim our American heritage. That is just what I will do as your Member of Congress.”

Daniel Heiwig will be utilizing his years of expertise leading the brave men and women in our military to help correct the path of America by resolidifying the economic base and putting America first, improving jobs in Indiana, and eliminating bailout money which is on track to ruin our economy. Additionally, Heiwig plans on returning to strong international policies to prevent leaders like Putin from causing international disaster. He intends to show the American dream is still alive and possible.

You can learn more about Daniel Heiwig and support his campaign by going to www.HeiwigForCongress.com. To reach Mr. Heiwig for an interview, please email pr@amplifiedauthority.com. Join Daniel Heiwig and let’s regain our standing in the world.