The psychologist and founder of Preston-based Essentialise was inducted into the Black Cultural Archives this week alongside 39 fellow leaders from across the UK.

Chambers is the only nominee from Lancashire and has been a proud advocate of his home county through both his personal and business pursuits. It comes at the end of a standout year for the psychologist, which has featured winning several awards, including a Great British Entrepreneur Award. Alongside this, his workplace wellbeing company, Essentialise, has more than doubled in growth during 2022, despite the current economic challenges facing businesses across the region. 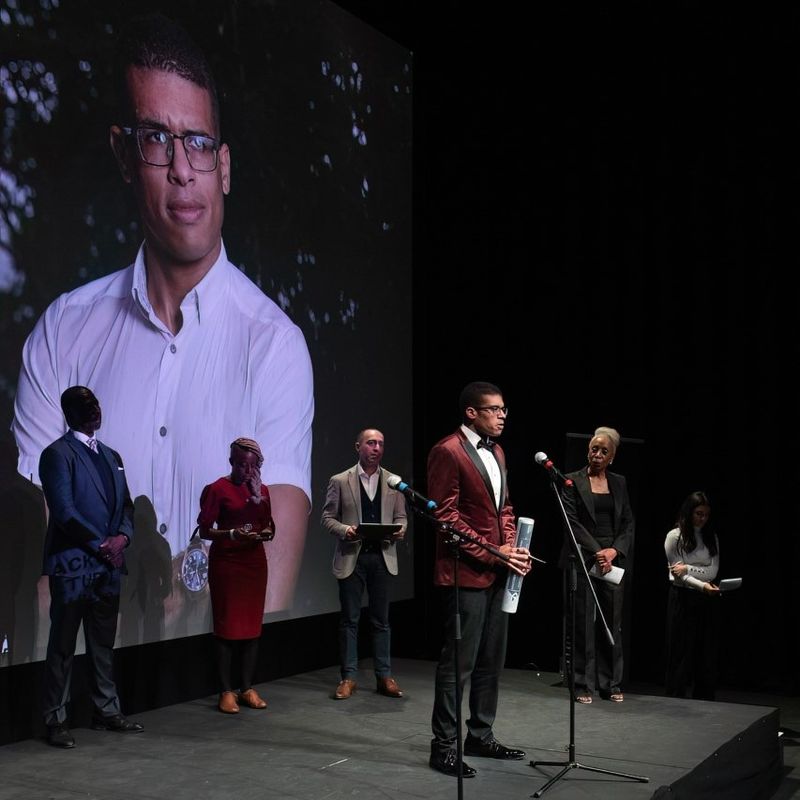 On being selected as one of the 40 inductees, Chambers said, “It is one of the proudest and most humbling moments of my life. To be selected alongside some of the most talented and revered Black leaders in their fields is truly an honour. Having this position allows me to become even more of a role model to the next generation, and it is a responsibility that I care about deeply. Possibly the most important part for me is being one of only five awardees from the North, and the only one from Lancashire, and I’m delighted to showcase the area that raised me in a positive light.”

For 40 years, the Black Cultural Archives (BCA) mission remains solid in collecting, preserving, and celebrating the histories of people of African and Caribbean descent in the UK. We continue to work every day to inspire and give strength to individuals, communities, and society working towards better cross-cultural appreciation.

2022 marks BCA’s 40th Anniversary and to celebrate that, we have curated the inaugural Black Cultural Archives Chair’s Award. The host is Black Britain and Beyond (BBB) which is based at UCL, has completed extensive research to identify 40 Black British individuals, who are poised as the next generation of leaders of African and Caribbean descent that exemplify the mission and values of the BCA.

By highlighting one awardee to represent each of BCA’s years of existence, we will illuminate the incredible talent and viable pipeline that is already within the Black community. In doing so, we aim to ensure that the BCA has begun to capture the next generation of leaders that can be supported, and will mutually support and advance our growth over the next 40 years and beyond.

Dr Yvonne Thompson CBE, chair of the BCA, said: “This is a new era for BCA and with that, we recognise and celebrate new talent in our communities.

“It is important that we continue to keep the fires of creativity, education, and resilience, through our young talent to light the way for BCA, for the next 40 years.

“Together with Black Britain and Beyond, I have identified future leaders from a wide variety of industry sectors including arts, culture, and heritage to ensure that the home of Black British Culture is continuously grown and safeguarded for generous to come.”

The recognition comes at a busy time for Chambers, having just launched Black STEM Futures, a mentoring and support organisation for Black female STEM graduates, addressing the opportunity gap and inequity across sectors. With the first cohort being filled for 2022, we expect to hear further success stories over the coming year.

About Us: Essentialise Workplace Wellbeing is a consulting and training organisation that supports businesses in the creation of effective wellbeing and inclusion strategies. They also deliver bespoke training across a range of areas of mental wellbeing and inclusive behaviours. Based in Preston, and working across the UK, they were founded in 2020 by psychologist Lee Chambers, after his own journey learning to walk again after illness.