“The Crazy Mars Squirrels NFTs will be launched on OpenSea on November 10th!” The release of this news has raised wide expectations among NFT enthusiasts, and tongues wagged. Yet the birth of this NFTs set is the inevitable consequence of historical development. 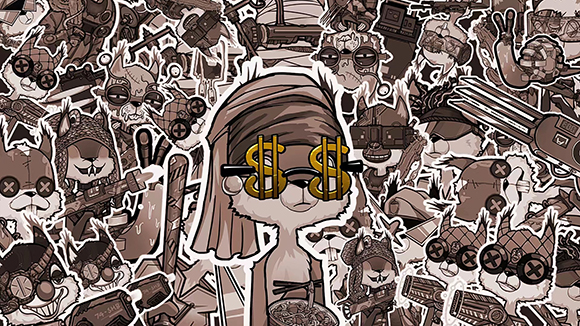 According to information, the Crazy Mars Squirrels NFTs originated from a suggestive story.

About 10,000 years ago, there was a widespread prophecy told by a mysterious force from the universe: The savior of humankind, with the attributed name “SuperM”, will be born in the black desert of 1971 on Earth; with the mission to save mankind in the future, he will help humans complete the migration of civilizations. For so long, there have been calls for the savior, yet the person, without realizing the mission, has been successfully navigating the business world’s waters as a tech CEO.

Until 2022, a group of mechanized squirrels with high-dimensional intelligence and carrying cosmic energy appeared on Earth. They used quantum entanglement to build a telepathic connection with SuperM, instantly awakening the voice hidden deep in his subconscious. Using cosmic energy, SuperM not only solved the mystery of human consciousness but also speedily take humanity into the digital civilization. Moving mankind from the industrial society, the proto-universe inundated with desires, to a digital civilization, a Metaverse brimming with concern and love, SuperM brought humanity from Earth to the red planet Mars. Then the revered mechanized squirrels, the space agents from unknown interstellar civilizations with a mission to assist SuperM and to guide and protect human beings, are called Crazy Mars Squirrels.

The launch of Crazy Mars Squirrels NFTs at the intersection of old and new civilizations is well anticipated. In the 21st century, human society is progressing into a new stage where qualitative change in civilization is foreseeable. People have gradually realized that when great wealth is created during industrial civilization, ecological disasters are brought to the environment. Within the same time frame, the concept of Web3, which connotates openness, equality, privacy, and co-construction is rapidly getting across the world, and digital civilization is gradually taking the mainstream status. Against such a background, a group of Web3 tech elites and early investors full of originality saw the trajectory of human civilization’s transition. After several years of hard work, they finally presented to us this novel NFT set - Crazy Mars Squirrels.

The team behind this significant NFTs creation, Martian Century, is very influential socially. Having received investment led by renowned investment institutions, Martian Century is guided by industry-leading artists, fashion managers, and musicians from three countries. Supported by the best blockchain experts in the world, Martian Century has gathered ambitious personnel whose diverse backgrounds have added to the professionalism and creativity of teamwork. The Martian Century team aims to build NFT-based Metaverse narrative scenes, reflecting a deep and multi-dimensional dive into the future Metaverse. With the launch date of the Crazy Mars Squirrel NFTs approaching, let's wait and see.