Adrienne Papp and Atlantic Publicity Announce a New Relationship with the Hormone Queen.

Deborah Maragopoulos’ Story, in a Proposed Book Project, is Delayed and Off the Table for Now, But It’ll Be Worth Waiting For. 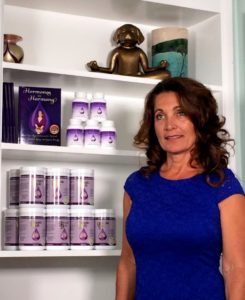 Atlantic Publicity, the Santa Monica-based publicity and marketing firm, and its principal Adrienne Papp, have announced a new relationship with a person well-established in the health and wellness industry – Deborah Maragopoulos and her line of hormonal supplements, Genesis Gold – under Papp’s Youthful & Ageless domain.

Maragopoulos decided early in her career to focus on a comprehensive, intuitive approach to patient healing, which signified a seismic shift in the way that her medical practice was going, to approach combatting disease on every level. In 1997 Maragopoulos had graduated from UCLA with a Masters in Nursing and had a diverse medical education that included nutritional science, genetics, neuro-immune-endocrinology, the understanding of quantum physics, and metaphysical healing. She had worked in a number of traditional clinical settings for 10 years, including gynecological practices and therapies, which allowed her to gain an extensive insight into harmonizing hormonal imbalances and not only in women. What she had found out in dealing with her patients was that she intuitively understood a lot more of what was going on besides the actual physical symptoms and that the final diagnoses confirmed her intuitive knowledge of the core issues.

“I could tell with some of my patients that they had been victims of physical assault for instance,” Deborah says. “I could feel it through them and it was something they had never talked about. How did you know that about me, I’ve never told anyone about that?” would be a typical question on any given day.

With her deeply intuitive skills, natural empathy and research into the effects of adrenal and hypothalamus glands as well as the endocrine system, Deborah Maragopoulos had set a path to become the most innovative and effective healing arts professional in the country with patients coming from all over the United States and around the world for help with a wide variety of ailments. Her approach quickly gained a worldwide attention and not just from dignitaries and celebrities, but from many people in all walks of life.

It’s a compelling story and a book project had been announced earlier this year, to be researched and written by veteran journalist Adrienne Papp of Atlantic Publicity, detailing Maragopoulos story. The project was to have included the development of her intuitive skills at an early age and the positive effects she has had in healing thousands of patients who have come to her, not just to medicate or alleviate the symptoms of many serious diseases, but also to learn how to be truly healed and maintain a healthy lifestyle for themselves. With almost epidemic levels of disease across the world, it’s a story that is more topical than ever, as people struggle with conditions that include cancer, obesity, diabetes, depression, addiction, infertility, neurological problems like muscular dystrophy and Parkinson’s, fibromyalgia and auto-immune problems, to name a few that Deborah Maragopoulos has treated.

Unfortunately Maragopoulos decided to postpone the book project after her initial proposal to create the project. Once the plan is back on the table, to the satisfaction of all parties, the book is designed to cover Deborah’s remarkable life story, and how her early childhood experiences contributed to her extraordinary success as she paid more and more attention to her inner voice, the importance of her career as a comprehensive, intuitive nurse practitioner, the development of her Genesis Gold line of supplements, the books and videos she has produced to explain the effects of hormones in the body, and the plans for the future which will allow her to franchise her therapies and teachings out to a worldwide network of wellness practitioners.

“We are disappointed that the book project has stalled for now,” says Papp. “With the public paying for a line of her products they really must know what they are spending their hard-earned money on.”

Information on Deborah Maragopoulos’ forthcoming book, as authored by journalist and publicist Adrienne Pap, will be announced as the project moves forward later this year.