Rain, dramatic fights and above all Adam Lacko's victory in the last race. This is what the Belgian Zolder offered to the Buggyra ZM Racing team in the Goodyear FIA ETRC championship. 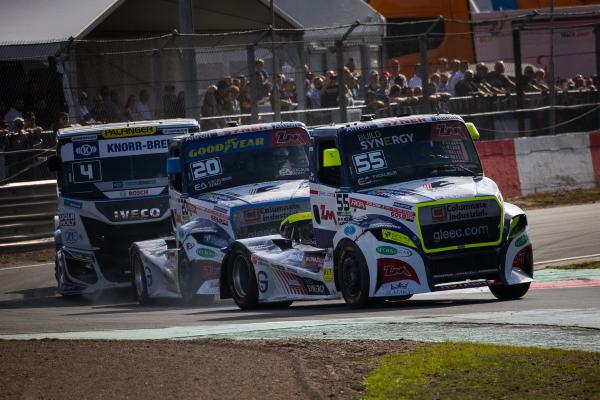 We must not forget the great performance of Téo Calvet, who scored 53 out of 60 possible points in the Promoter’s Cup and significantly increased his lead.

“Zolder is behind us and the number of cups proves that it was a successful weekend. It was a great event full of great emotions. By winning the last race, Adam is still in the game for the overall third place and Téo is leading the Promoter’s Cup,” Buggyra manager Fabien Calvet evaluated the events on the Belgian track.

On Saturday morning, it rained in Zolder, but the main race itself was already run on partly dry asphalt. “We didn’t drive on a completely wet track. Exactly what I don’t like. It’s not for dry or wet settings,” said Adam Lacko. But he fought with the pitfalls of the track and finished third.

In the second race, there was no shortage of action scenes. “It was carving, I was still sweating in the last turn. I was maybe ninth for a while, then sixth. The spectators must have enjoyed the fights,” Lacko described his journey to the fourth place.

He got the same position in Sunday’s main race. But the biggest success was yet to come. After the start, he gradually made his way forward, until it became the second victory in this season.

“It was an exciting race until the last lap. Téo and I gradually moved forward. I was looking forward to us getting on the podium together, but something happened with his front tire,” said Lacko, who is 26 points behind fourth-placed Sasha Lenz.

Téo Calvet started the race weekend in a great style, winning the first race of the Promoter’s Cup. “It was not easy. Some places on the track were completely wet, others dry. But it was excellent training that forces you to adapt to different situations,” said the young Frenchman, who finished fifth overall.

In the second race on Saturday, Téo went toe-to-toe with his Promoter’s Cup rival Jamie Anderson. “At the beginning he pushed me off the track a bit and then overtook me. I caught up with him and we fought the whole time. Three turns before the finish line, he unexpectedly changed course and forced me into the grass. It was a stupid maneuver,” described the 21year-old competitor, how he ended up in fourth position in the Promoter’s Cup.

On Sunday, Téo had a perfect start. He was able to succeed in the fight with his rivals and win again in the Promoter’s Cup. In the second race, Calvet even took the lead, but then bad luck came.

“I had a very good pace, but unfortunately I had a puncture on the front tire and I had to stop the race. I’ve been unlucky this year, but that’s just racing,” said the young Frenchman, who has a 23point lead over second-placed Anderson in the Promoter’s Cup.