Shadow Realm, the new fantasy adventure podcast for young adults and part 1 of The Arya Chronicles series, has been released. It is available on all major podcasting platforms. 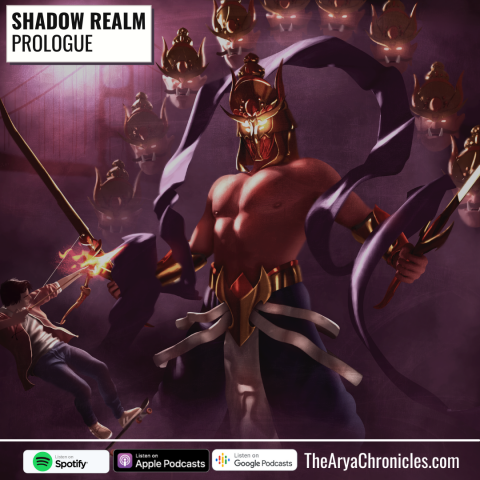 The new podcast is an exploration of light and darkness as seen through the eyes of the young Arya, as he battles to save his comatose mother from the clutches of evil. Based on an Indian YA novel series, the story can be enjoyed by listeners of all ages, but is perfect for younger audiences.

The recently launched audio adaptation of a beloved book series is heavily inspired by the literary realm of Vedic mythology and follows a culturally conflicted young man through his coming-of-age tale. Shadow Realm presents an exciting adventure, and it is a virtual guarantee that every child will find something to get excited about.

The Vedic influences that the story builds on are a fresh take on the “Mythological Fiction” genre which has exploded in popularity in recent years. Rick Riordan, one of the most notable figures in the genre, has explored various other mythologies in his work, and now the concept has been taken in an entirely new direction, with a new moral and philosophical framework to boot.

In the story, Arya discovers a copy of an ancient Indian epic which explores the relationship between good and evil. Later, he finds this relationship played out in real time as he battles demons and other forces of evil in his quest to save his mother, all of which allows children to explore morality and what it truly means to be a good person.

The podcast can provide children with a bridge into a fascinating cultural landscape, as the story blends modern motifs and scientific concepts with ancient lessons and Vedic legends. These tales also help Arya to get a better grip on his cultural identity, which is a problem that many children may find themselves identifying with.

Shadow Realm is available from the Apple store here: https://podcasts.apple.com/us/podcast/shadow-realm/id1588453289

Most excitingly, there are many more chapters to come in the story of Arya. Currently, the tale is on its sixth installment, with new episodes being released every Thursday. Arya’s story is also only in its first major chapter, with a great deal more planned for future release.

Interested parties can also find the podcast on Spotify at https://open.spotify.com/show/4oU9WqsVTY2SjJg3gjIlj5?si=5IrFkqj-R4OVLraGLzFnxQ&dl_branch=1&nd=1