Chiliz News, a popular resource for sports fan token collectors, has published a report detailing new listings on crypto exchanges in the lead-up to the 2022 FIFA World Cup. 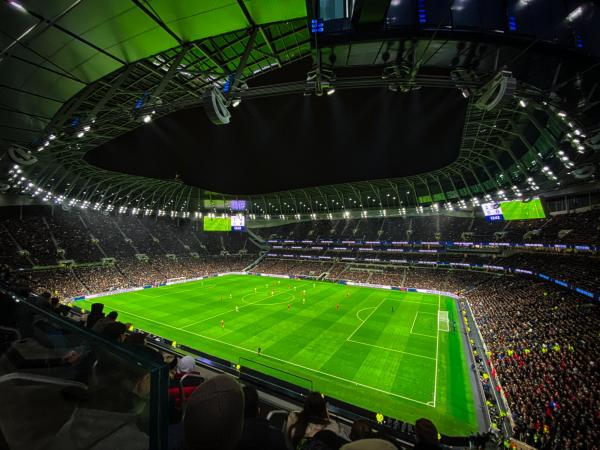 With the start of the 2022 FIFA World Cup in Qatar, Chiliz News has published a new report, announcing new tokens being listed on popular exchanges, including fan tokens for several national football teams.

More information about the Chiliz blockchain, sports fan tokens, and a complete breakdown of newly listed tokens can be found at https://chiliznews.com/chiliz-national-team-fan-tokens-listed-by-exchanges-before-world-cup-including-por-on-bitmart-ita-on-mexc-bitget

Chiliz is a blockchain ecosystem that is most often associated with sports fan tokens, which are rapidly growing in popularity around the world. The new spree of token listings from Chiliz, described in the new report, follows a rally in the CHZ token price that’s been happening since mid-October, likely caused by the excitement around the FIFA World Cup.

Though not every major sports team has a digital fan club yet, two of the teams that qualified for the FIFA World Cup have launched their own tokens through the Chiliz blockchain, Argentina and Portugal. These tokens are expected to draw a lot of interest throughout the World Cup, but they only represent a tiny portion of the recent new listings.

Over the last few weeks, several national football teams have made it onto popular exchanges, including the Italian national team, which was listed on Bitget, Huobi, MEXC Global, and BitMart. The Portugal national team gained a new listing as well, also on BitMart.

The national teams are joining more than half a dozen football clubs, with the Poloniex exchange now listing CITY, AFC, and PSG fan tokens, and Phemex adding six new football clubs to its own exchange. Bitrue also announced new fan tokens for their exchanges, and BitMart launched a new giveaway to celebrate listing fan tokens for PSG, CITY, and ACM.

While every football club, national team, or other sports association is working on a unique digital fan club design, the majority of teams involved so far have decided to work with Socios, a fan engagement app built specifically for blockchain-based sports fan clubs. The Socios app is also powered by Chiliz, marking the blockchain as a one-stop solution for most major sports teams.

Experts suggest this could lead to even further growth in the new year, as Chiliz has also recently announced a custom crypto exchange, ChilizX, built specifically for digital sports fan tokens.

More information about the Chiliz blockchain, ChilizX exchange, and sports fan tokens for football clubs or national teams can be found at https://chiliznews.com

Disclaimer: The information provided on this page does not constitute investment advice, financial advice, trading advice, or any other sort of advice and it should not be treated as such. This content is the opinion of a third party and this site does not recommend that any specific cryptocurrency should be bought, sold, or held, or that any crypto investment should be made. The Crypto market is high risk, with high-risk and unproven projects. Readers should do their own research and consult a professional financial advisor before making any investment decisions.