Voices, the world's largest marketplace for voice over work, has launched a new blog on the voice actor behind Uncle Bruno from the popular 2021 animated film Encanto. 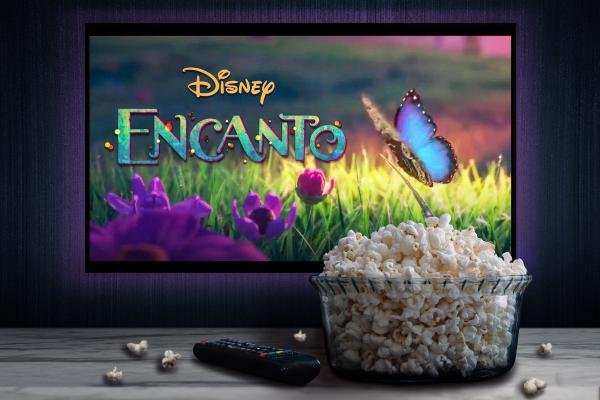 When the animated film Encanto was released in 2021, it experienced a slow start before turning into a massive hit with fans. Voices, a marketplace that connects producers with voice over actors, has released a new report that examines the vocal talent involved in the project, with a focus on the character of Uncle Bruno.

More information can be found in the full report at https://www.voices.com/blog/who-is-the-voice-of-bruno-in-encanto

The recently launched report explains that even though Uncle Bruno does not make an appearance in the film until the halfway point, he is mentioned several times before ever being shown on screen, including in the hit song “We Don’t Talk About Bruno.” The voice acting for Uncle Bruno is performed by the famous Columbian and Peurto Rican actor John Leguizamo.

John Leguizamo has been acting and doing voice over work since the 1990s. The report contains a quick breakdown of his most prominent roles over the last 30 years. While Leguizamo has primarily been seen in television series and as a side character in larger films, he has also done voice overs for many animated projects over the years.

The report further mentions some of the notable voice over work by Leguizamo, including “The Adventures Of Puss In Boots,” as the voice of Jack Sprat, and the voice of Sid the Sloth, from the popular Ice Age animated franchise. There are currently five Ice Age movies, multiple short films, and several video games featuring Leguizamo as Sid the Sloth.

The report also provides information about other vocal talent involved in Encanto, with the majority of the actors being of Columbian ethnicity, to match the film’s setting. Stephanie Beatriz, who voiced the character Mirabel Madrigal, and is better known for playing Rosa Diaz on the series Brooklyn 99, broke a record for the fastest rap in an animated film for her work on Encanto.

Lin Manuel Miranda is also discussed in the report, as the man behind the soundtrack for the award-winning film. Encanto won two Oscars, one for Best Animated Feature, and one for Best Orginal Score.

This latest deep dive into popular voices from animated films is part of a series of reports from Voices, the world’s largest marketplace for voice actors, where producers can find the right voice for their next project.

More information about the Voices marketplace can be found at https://www.voices.com