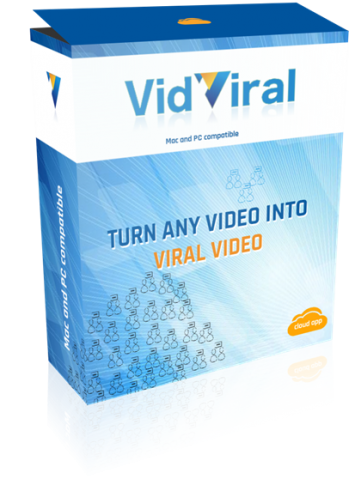 Rohan Chaudhari and Harshal Jadhav have announced the release of the first cloud-based video app which generates viral videos. VidViral transforms normal videos into meme viral videos by adding eye-catching header and footer into the videos.

More information can be found at: http://letsgolook.at/VidViral.

With the abundance of information online, it has become extremely difficult to digital marketers to grab and retain the attention of the targeted audience online. They do not have to invest any longer huge sums for video editing softwares which follow a huge learning curve or hope for some magic to happen so that their video gets highly sharable.

They can achieve the same stunning results of generating massive traffic to their websites and grabbing the attention of their viewer by using the cloud-based app VidViral, which transforms any normal video into a meme video with a header and footer.

VidViral allows users to upload any YouTube, Vimeo, Dailymotion or self-made video material and turn it into an attention-grabbing masterpiece with an engaging header and footer.

VidViral is a newbie-friendly app that makes the whole process of converting a normal video into a meme viral video an easy 3-step task: upload, edit, render. Besides, it allows users to create and compelling CTA texts, images, smileys to their videos and easily share the ready videos on social media sites such as Facebook, Twitter, Google Plus.

VidViral features multilingual header and Footer customization. Moreover, VidViral can be used for adding logos, images and watermarks and is compatible with both mobile and tab devices.

VidViral is a recommended tool for digital marketers who are in search of an effective approach that can enhance their marketing strategies. Wth VidViral they can create viral videos and spread their message to bigger masses.

Anyone interested in learning more about this new software product can find more information by visiting: http://muncheye.com/rohan-chaudhari-harshal-jadhav-vidviral.