Christ Centered Capital (C3) is a newly formed Stock Picking and Investment Education service for Christians, like-minded conservatives, and people of faith started by Marc Lozano formed to help individuals pick strong investments not tainted by incompatible values or questionable practices they do not support. 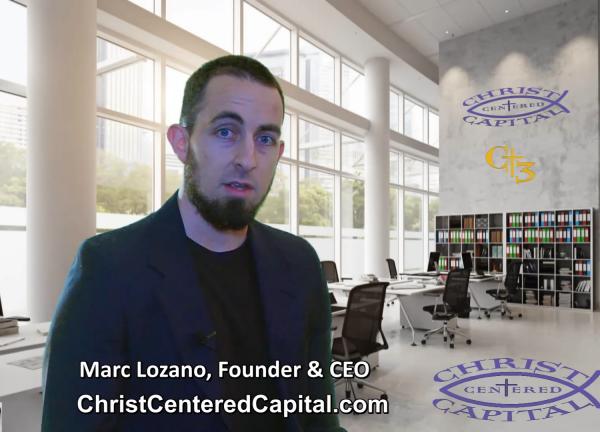 Christ Centered Capital or C3 for short is a newly formed stock picking and investment education site designed for christians, like-minded conservatives, and people of faith started in 2021 by Marc Lozano. It was formed to help values-minded individuals pick strong investments not tainted by incompatible values or questionable practices they do not support. Many investors are not aware companies may be involved even indirectly with things such as pornography, critical race theory, human trafficking, and child labor in business dealings. Investment in companies that engage in any way with these practices are not promoted and C3 members are made aware of these types of associations that may not align with their values.

Much of the material on the C3 site is free and educational and will teach the everyday person how to invest for themselves and do so while staying in alignment with Christian values. The service was formed to be extremely affordable and easy for anyone to use. As one of it’s offerings, C3 develops mock portfolios that it’s subscribers can follow along with and use as templates for building their own portfolios. C3 also releases new stock picks every month that it’s clients can learn more about and invest in.

C3 is in tune with the financial market and monitors big-time market influencers. When new stock picks start rolling out, C3 knows and gives its subscribers timely advice on whether certain investments are likely to be profitable and also aligned with Christian values. The first portfolio that C3 released on 9/27/2021 is already up 10%.

C3 is well aware of what many consider to be a culture war and considers itself a player in that fight. Founder Marc Lozano shared, “We are fighting this culture war on behalf of Christian values. A good friend once shared a great quote with me from an anonymous source that said, “Whenever you invest in something or someone, that means you want that something or someone to grow in power and influence.” This quote is what made me want to start C3.”

Another benefit of C3 is it donates at least 50% of every dollar it makes to organizations that are supporting and promoting Christian Values, so it is a charitable organization. C3 subscribers have the opportunity to vote on what organizations receive these funds every month. The following video explains more about the mission of Christ Centered Capital.

“In this current culture war climate, actions speak louder than words. Some of the loudest actions are the ones we make with our dollars. Money or dollars are often the ammunition in a culture war, and too often we give our ammunition to enemies before we even show up to the battle. I wanted to show people how to stop giving their firepower to the enemies wreaking havoc on our way of life, culture, and institutions.”

Lozano’s background was at the NBA (National Basketball Association) in the Business Operations Department. His undergraduate and graduate degrees were earned in both finance and business. Those wanting to learn more or contact Marc at Christ Centered Capital can do so by calling 908-906-4964 and visiting the website at www.ChristCenteredCapital.com.