A collective of American scientists have released a new evidence-based research book about the healing potential of sea salt. 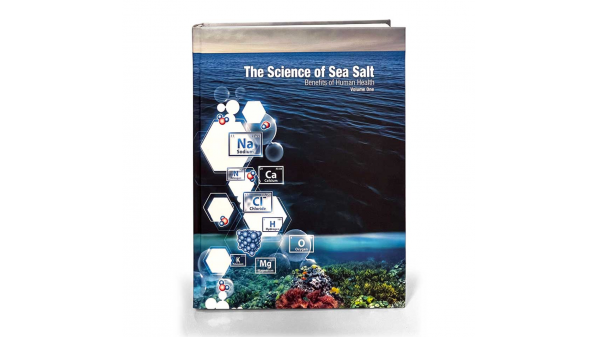 The new science book is called The Science of Sea Salt, and its panel of authors and contributors believe it represents a revolutionary step forward in the fields of biotechnology, alternative medicine and holistic wellness. The Science of Sea Salt is the first volume in an upcoming collection that is being edited by popular Florida-based inventor and entrepreneur Eddie Kolos.

More information is available at https://scienceofseasalt.com/products/the-science-of-sea-salt

In particular, the new book focuses on the healing potential of sea salt and its possible applications for accelerating healing and in wound care. Eddie Kolos and the team of scientists, researchers and doctors he assembled are passionate about this application of sea salt because basic wound care remains a primary health concern worldwide.

As a recent peer-reviewed journal essay on Science Direct explained, chronic skin wounds affect more than 40 million people annually worldwide at a collective cost to health systems of over $15 billion dollars. Moreover, as the article explained, advanced, cost-effective wound dressings are in short supply worldwide. And, in most cases, as they stated, there is an “enormous gap” between research platforms and commercial products, which are often limited in their effectiveness.

As such, The Science of Sea Salt takes up Science Direct’s urgent call for more research into wound care and skin healing. In the book’s weightiest section, on sea salt in medicine, Eddie Kolos devotes an entire chapter to both current research on the viability of sea salt in wound care, and to future outposts of research and innovation in this field.

The Science of Sea Salt is currently available for purchase. The book has been recommended to anyone in the medical field who is seeking innovative new natural solutions to longstanding medical problems.

A spokesperson for the book’s authorial team and publishers said, “In the first volume of our upcoming series, our editor and authors have called attention to the science of sea salt. Key sections of the book cover basic human biology, ocean frontiers, sea salt discovery, sea salt in medicine, including oral biology, sea salt in food science, body modifications and innovations, including new inventions in the field of sea salt product developments.”

More details can be found at https://scienceofseasalt.com/products/the-science-of-sea-salt