British Masters is celebrating its nineteen-year anniversary and reveals some of the big wins and challenges it faced getting this far. More information on the business can be found at http://britishmasters.net 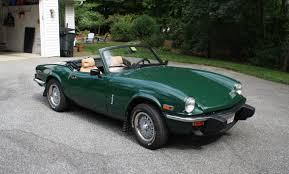 British Masters is celebrating their 19th Anniversary on ebay. This is a huge milestone for the Escondido, California-based business, which has provided used car parts to British sportscar enthusiasts and hobbyists since 1988.

“One of the earliest challenges British Masters faced at first was that it was hard for those needing the parts to find us. Switching the business to ebay really helped us and our customers out,” Erick says.

While every business faces challenges, some, like British Masters are fortunate enough to enjoy real successes, wins and victories too. One such victory came when they realized they are one of the longest continuously operating used British car parts businesses online.

Erick, Owner at British Masters was also quoted when discussing another big win. “One of the high points of British Masters’ history so far was allowing ebay customers to easily find the specific parts they need when they’re fixing up their own British sports cars. We provide a lot of phone support when customers have questions.”

British Masters’ Founder Erick says “We’re delighted to be celebrating our Nineteen-Year ebay Anniversary. I believe the secret to getting this far in business today is really understanding the customers as well as the products. We know the cars and all the parts from a mechanic’s perspective, which allows us to help those who know a lot or a little.”

British Masters has big plans for the upcoming year. One of their core objectives is to become known as the premiere used British car parts provider online.

British Masters would also like to thank friends, customers and all its partners for their well wishes on this happy occasion.

More information on the business can be found at http://britishmasters.net