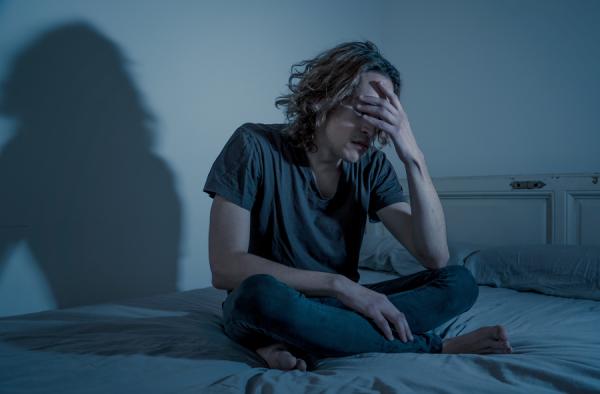 Former United Nations Special Rapporteur Dainius Pūras, M.D., in a recent interview with Psychiatric Times, spoke of “the obstacles to the realization of mental health rights,” which include the reliance upon “the biomedical model and biomedical interventions” and “biased use of knowledge and evidence.” As such, he stated, we shouldn’t be surprised that “global psychiatry is facing a crisis, which to a large extent is a moral crisis, or a crisis of values.”[1]

Citizens Commission on Human Rights International (CCHR) praised Dr. Pūras, who notes: “Coercive practices are so widely used that they seem to be unavoidable, but I suggest turning our thinking and action the other way around. Let us assume that each case of using nonconsensual measures is a sign of systemic failure, and that our common goal is to liberate global mental healthcare from coercive practices…. If we do not move in this direction, arguments for coercion will continue to be used, and misused.”

“This is what happens when we try to use brain chemistry to manage societies undergoing difficult and complicated transitions,” Dr. Pūras said. Further, “We should not forget many sad episodes in the history of psychiatry, and they often happened because values were undermined in the name of dubious or arbitrary evidence.”

Add to that he says: “…the problem of accountability in global mental health and psychiatry remains very serious.”

In 2017, he called for a revolution in mental health mental health care around the world to “end decades of neglect, abuse and violence.” He wrote: “There is now unequivocal evidence of the failures of a system that relies too heavily on the biomedical model of mental health services, including the front-line and excessive use of psychotropic medicines, and yet these models persist.”[2]

The Psychiatric Times notes that this report “provoked a rather spirited debate in academic journals such as the Australian & New Zealand Journal of Psychiatry, where you were accused of having an anti-psychiatry bias.” Dr. Pūras responded: “The most worrying feature of psychiatry is that the leadership, under influence of hard-liners, tends to label those experts who blow the whistle and critically address the status quo as anti-psychiatrists…if influential psychiatrists continue to repeat that values are not a priority in mental healthcare, we should not be surprised that global mental health and global psychiatry is facing a crisis….”

Since its inception in 1969, CCHR—supporting the views of its co-founder, the late Dr. Thomas Szasz, a professor of psychiatry and author—has condemned coercive psychiatry, including involuntary detainment, deprivation of liberty and treatment against a person’s will. It has fought for legal rights, now enshrined in some of the more than 190 laws it has helped get passed worldwide to protect patient rights.

In October 2020, the World Psychiatric Association ceded to the international outrage over psychiatric coercion, issuing a Position Statement called “Implementing Alternatives to Coercion: A Key Component of Improving Mental Health Care.”[3] CCHR says it’s a step in the right direction, but is not embraced in the U.S., as evident in increasing documented abuses and restraint deaths.

The WPA says coercion in psychiatry contravenes patients’ rights. “These include rights to liberty; autonomy; freedom from torture, inhuman or degrading treatment….” Practices that constitute coercion include, “treatment without consent (or ‘compulsory treatment’), any form of treatment including the use of psychotropic medication; seclusion locking or confining a person to a space or room alone; restraint actions aimed at controlling a person’s physical movement, including prolonged or unsafe holding by other person(s), the use of any physical devices (‘mechanical restraint’, chaining etc.) and the use of psychotropic drugs for the primary purpose of controlling movement (‘chemical restraint’).”

The use of coercive practices “carries the risk of harmful consequences, including trauma” and individuals subjected to physical coercion are “susceptible to harms that include physical pain, injury and death.”

CCHR has found these are common practices in the U.S. with restraint deaths in for-profit psychiatric facilities making recent national news, and Utah has already passed a law this year, restricting restraint use. However, little else has been done within America’s mental health industry to eliminate coercion.

Jan Eastgate, president of CCHR International cites the brain-damaging and memory loss side effects of electroshock. Other brain-tampering procedures were first promoted as miracle methods and now the debilitating adverse effects are well known. “Add to that, hallucinogenic drugs, banned some forty years ago, are being revived as potential replacements for antidepressants or other drugs that failed,” Eastgate said.

Accountability for serious harms is important, Dr. Pūras said, with structural changes needed so that the “harms will not be repeated.”

When asked about his view regarding the “elimination of all forced psychiatric confinement and treatment,” he responded: “I recognize the serious arguments of professionals who warn against a prohibition of forced treatment. They insist on retaining legal permission to treat individuals with serious mental health conditions involuntarily in exceptional circumstances…. However, these good intentions are failing.”

All this encourages CCHR to continue its mission to clean up the field of mental health and eliminate coercive psychiatry. It encourages people to report psychiatric abuse to it. See also, CCHR’s most recent report on psychiatry’s international crisis.

[2] www.cchrint.org/2021/03/08/resource-on-why-psychiatry-is-upset-about-its-failures-and-critics/, citing: “World needs ‘revolution’ in mental health care – UN rights expert,” 2017, www.ohchr.org/EN/NewsEvents/Pages/DisplayNews.aspx?NewsID=21689&LangID=E#sthash.MMIxDbIx.dpuf; A/HRC/35/21, “Promotion and protection of all human rights, civil, political, economic, social and cultural rights, including the right to development,” Report of the Special Rapporteur on the right of everyone to the enjoyment of the highest attainable standard of physical and mental health, Human Rights Council Thirty-fifth session, Agenda item 3, 6-23 June 2017, available at: digitallibrary.un.org/record/1298436?ln=en