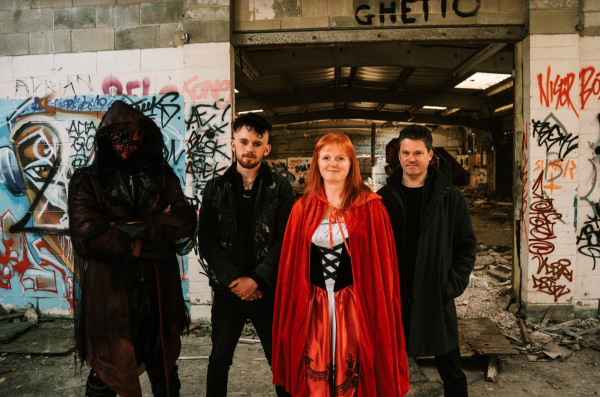 UK-based dance and pop group, Papa Roy Foundation, releases their debut single “Can’t Stay Here” which comes ahead of their album “Out of the Darkness”. The song talks about the struggles of romantic relationships and the challenges in keeping the spark alive.

The newly released single is now available on all major streaming platforms and highlights the dangers of love in a horror-themed music video. The song was inspired by the difficulties each of the band members experienced in their previous relationships and what they have learned about passion. More importantly, the song speaks about love and its consequent journey in strengthening a person to overcome challenges.

The dance single combines distinctive riffs, funky grooves, and a unique rhythm that encourages listeners to move “out of the darkness”, especially during the health crisis. The Eastbourne/Brighton band says that their debut album will be released later on this year and is the first in a trilogy of album releases.

The four-member band, featuring founder Papa Roy and musicians Rouge, Skxllzy, and Marc, was formed during lockdown and is inspired by Polynesian mythology. The group says that their music is a cross between dance and pop with some musical inspiration from Coldplay and Faithless. Its debut single talks about a girl asking a boy to commit to her.

The honest lyrics combined with the upbeat tempo may seem like an odd combination, admits Papa Roy, but he says that love has always been a blend of different feelings. With “Can’t Stay Here”, the group hopes to inspire listeners to revisit past passions and discover the true meaning of love.

Papa Roy Foundation says that if there is anything the pandemic has revealed, it is that time is short and people should not hesitate to do whatever makes them happy. The group also emphasises the importance of being true to one’s self and not base one’s happiness on the opinions of others. “Can’t Stay Here” is a frightening love story of self-realisation.

Listen to Papa Roy Foundation’s new single and stay up to date on their new releases!