Chris Lett, father of the family that owns and runs Branigans Tyres in Southport and Burleigh Heads, is proud of his family business and sees a bright future ahead. 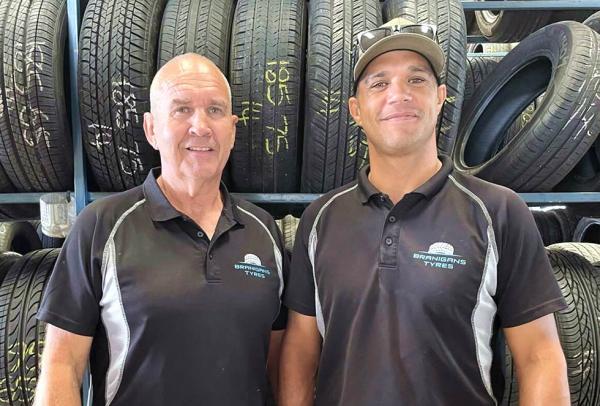 Keeping it in the family: family businesses then and now.

It probably all began before history was recorded. Bands of hunter-gatherers consisting of one or more family groups would have worked together, bartering resources with one another during times of plenty. Fast-forward to the advent of agriculture, and the picture becomes more familiar. Family units would have worked the land together, sharing produce within the family, and no doubt trading surplus produce with other families.

Later still, as people began to become urbanised and different types of trades emerged, family businesses continued to be the driving force in economic activity. Specialised skills were jealously guarded against potential competitors, with proprietary information being passed from one generation to the next. Families were fiercely proud of their trades. The evidence is still with us today in the form of a legacy of trade-related last names like “Cooper,” “Fletcher,” or “Baker.”

Although the industrial revolution was a game-changer in the way we work, powerful industrial families ruled the roost, and although a greater number of people became employees, family businesses were still the rule rather than the exception.

Today, people have much greater freedom of choice. They don’t have to follow in their parents’ footsteps in order to do well, yet family businesses, both large and small, continue to flourish. “Family businesses are generally stable, long-lived, and closely-knit,” says Chris. “There’s a greater level of commitment and a stronger motivation to do well, because the people you care about most are relying on you.”

Although he has no plans to join the ranks of the most powerful family-owned businesses, which include big names like Walmart, Chris has first-hand experience of running a multigenerational family business.

There have been times when Branigans has considered expanding and developing a franchise, but Chris feels that it’s preferable to keep things smaller and maintain full control over quality and service. The family-led team is Chris’s ideal, and it’s an environment that has attracted talent from within the family. Chris’s son, Shane, returned to Australia from the United States specifically to help his dad in the businesses, and now a grand-daughter is putting her skills to work for the family concern too.

“Unlike people in past centuries, who had little option but to continue in the family business, it’s the next generation’s choice,” says Chris. “They’re welcome to pursue any career that they want with the full support of the family. However, Branigans is stronger because they’ve chosen to be here instead. The business has been operating for nearly two decades, and with the younger generations devoting themselves to its success, it will survive for decades to come.”

For further information, visit or call Chris and his team at Second Hand Tyres Gold Coast |Branigans Budget Tyres by contacting the Service Centres in Burleigh Heads (07) 5535 2660 or Southport (07) 5591 8633.