Statistics showing that Aussie babies and toddlers are watching screens for far longer than the country’s national screen-time guidelines suggest is alarming. 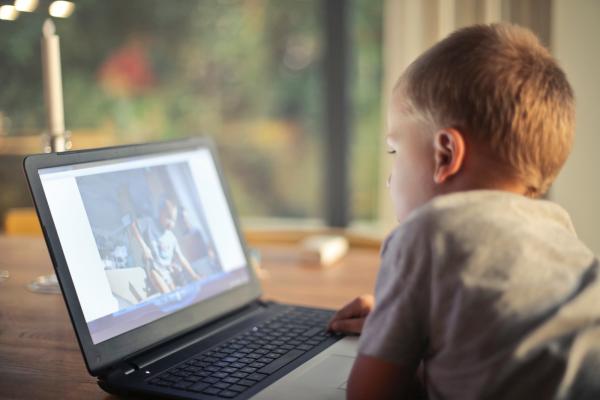 Screen vs Play: Time to Cut Down on Kids’ Screen-time

While Australian toddlers and preschoolers are still way behind nations such as the US in how much time they spend on smartphones, tablets or watching TV, Queensland K &K Creative Toys proprietor Lorraine Haynes has reacted to statistics showing that Aussie babies and toddlers are watching screens for far longer than the country’s national screen-time guidelines suggest.

When the World Health Organisation’s issued its first set of guidelines on screen-time earlier this year, no screen access whatsoever for babies under a year old, and limiting 2 to 4-year-olds to an hour a day. This didn’t come as a surprise to Australians, or those in other countries which have had similar guidelines in place for some time.

But the K&K Creative Toys proprietor says the stats, and some surveys and studies indicate that actual screen-times in Australia are not always in line with either the WHO or Aussie guidelines. She is concerned about the impact that will have on young children in the long run.

The debate over Screen Side-effects Continues

“The jury is still out on the effects of screen watching. But the list of negatives is growing longer, and the areas covered are widening as more possible side-effects are drawn into the debate thanks to new studies and surveys, ” Haynes said.

These include possible threats on child development in areas ranging from moral issues to personal security, with a number of physical and mental health, social interaction and behavioural issues in between.

Haynes said that ABS statistics released in March this year showed that between 2017 and 2018 about 9 out of 10 Australian children spent an average of 10 hours a week outside school hours watching the screens of smartphones, TVs and tablets.

In comparison, only five hours were devoted to “reading for pleasure”, which the stats showed as being the demographics second favourite pastime. And, on average, 6 out of 10 spent time on creative activities like dancing, drama, playing an instrument or singing. But they spent a mere 5 hours a week doing so.

However, a 2017 Australian Child Health poll conducted by the Royal Children’s Hospital in Melbourne on a sample of just under 2,000 parents and their children, painted an even grimmer picture when it came to Australia’s toddlers and preschool children.

Results suggested that more than 36% of preschoolers had their own mobile devices; half the preschool population used their devices without supervision; and a third of the parents placed no time limit on screen watching. Survey data further suggested children under two watched screens for over 14 hours each week, and those between 2 and 6 devoted an average of about 26 hours to doing so.

Haynes, whose toy, games and books business has been running since 1964, says her biggest concern beyond that of children’s health, was that “this leaves little time for young children to really engage with play; enjoy the developmental benefits of creative and educational toys; and involve their parents and siblings in the process.”

For more information about creative toys, and their role in early childhood development, visit K and K Creative Toys Online – Wooden Toys, Educational Toys & Games website, follow them on Facebook and Instagram or come in store to 196 Wardell St, Enoggera, QLD or call (07) 3354 1044.