Exercise isn't out there. Exercise honours the rule of life. Exercise heals. Arrowciser has defied convention in the exercise fitness market with the release of arrowciser. Further information can be found at https://arrowcising.com 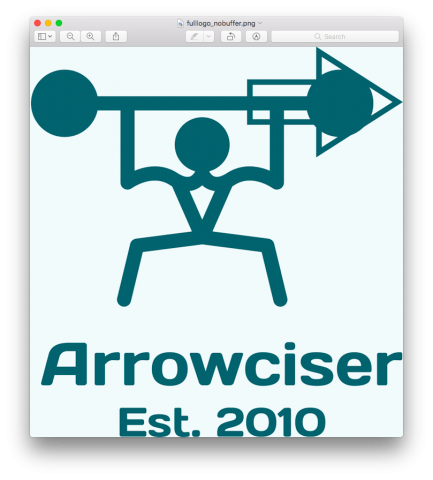 Embarrassed. The founder (embarrassed) of Arrowciser today reflected on its release of the first arrowciser 12 years ago, which was in development in less than an instant. It then took a few months for the actual prototype to be manufactured. The founder/inventor took quiet retreats in private exercise for many years prior. Shy? Too embarrassed? Barriers? Some of the other thoughts swirling around the mind of the inventor were… Who would want this? It’s just a piece of metal unevenly weighted? Who cares? Now 63, the inventor can be his own testimony as well as the next person deciding to use exercise and an arrowciser as part of their ongoing leadership journey. There are leaders worldwide who could be interested in this type of exercise innovations. However, this tool is not for every leader though.

The arrowciser was invented along the Goulais River shores. The life ally of the inventor was out canoeing. If the inventor wasn’t waiting for the life ally, perhaps the thought of arrowcising may not have arrived. Who knows? Today, the inventor is grateful for the chance to show other people who are interested in this method of exercising how to use inner exercise technology. When designing the tool, the thoughts of lightness, uniqueness, and durability were used and thats what guided the design idea. The main aim was always to give leaders an awakened, fit, bodymind from full body exercise using an arrowciser… and by defying convention, this exercise tool has proven so, with a difference. Neuroscience is involved too. Epigenetics. Indigenous physics. The embarrassment evaporated.

Guy Dumas, aka nimihito-pinesiw, Founder/CEO at Arrowciser, says: “We wanted to try something new with exercise using an arrowciser. Anyone familiar with exercise (and transformation) markets will probably have noticed how everyone else always seems to make their exercise tools too symmetrical, evenly weighted, and rigid as if parts of the human body are all equal and require for the same effort. The body is highly intelligent. Actually it’s the neurons in the body that communicate with each other. It’s also been referred to as the unconscious. We felt this was a problem because the weight distribution on any or most exercise tool can make the mind rigid and the body predictable too. It’s very Newtonian. The universe is not symmetrical. It works as causing and effect. We live in ally universe.”

So as a welcome breath of fresh air, Arrowciser instead encourages the user to use the exercise tool for maximum results by doing what they do to one side of their body, they must do to the other side, reflectively. This design and format of the arrowciser follows the 8020 principle rule. Arrowciser chose to make this move because exercise reminds us of the principle of motion also what was described to the inventor long ago as spirt wind. Humanity is designed for certain activity and what the inventor calls “spirit wind exercise”.

Guy Dumas aka nimihito-pinesiw. also said, “We focus on strength, stretch, and synapses during each spirit wind arrowcising experience. With an arrowciser, the certain types of exercise invites fresh new possibility. We want the ally exerciser to feel every part of the muscle area they are working on and intentionally release the desired chemicals in the body, and feel blissful when using the arrowciser. Trying something new is always a risk, but it’s a risk we believe is worth taking. No one is ever told to start exercising, except perhaps the doctor. However, if you’ve always exercised, then this tool may give you what you need for exercise without leaving your house.”

Arrowciser has been in business for 12 years, being established in May 1,2010. Since Day 1, the intention behind the arrowciser has always aimed to elevate an awakened fit bodymind leader. Remember, leadership is not about position or function. Leadership is innate.

Arrowciser is now available at its website. To find out more, it’s possible to visit https://arrowcising.com

For further information about Arrowciser, all this can be discovered at https://arrowcising.com