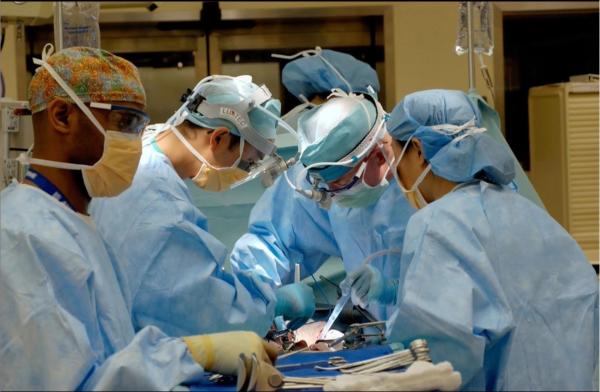 The Norman/Clayman Endocrine Institute in Tampa, FL announced that new patient referrals for thyroid, parathyroid and adrenal surgery have reached an all-time high despite fears of another pandemic spike.

This is in contrast to some other forms of elective surgery, such as knee and hip replacements, which have not fully recovered from the dramatic shut down of 2020.

The Norman/Clayman Endocrine institute is the world’s highest volume center for surgery of thyroid, parathyroid and adrenal tumors and cancers. The institute includes the Carling Adrenal Center, as well as:

With cases of COVID-19 surging in all 50 states and many foreign countries, surgeons and hospitals with high volumes of elective surgery are concerned that patients will once again put off their knee replacement or other procedure that isn’t absolutely necessary.

“We aren’t seeing this at all” says Dr Jim Norman, the Institute’s CEO. “On the contrary, patients with thyroid, parathyroid, and adrenal tumors often feel miserable, and they learned from the 2020 lockdowns that they do not want to put off an operation that will make them feel better, and of course, they do not want to delay having their thyroid cancer cured.

“I don’t want to overstate what we are seeing, but endocrine surgery appears to be ‘pandemic proof’. It is not appropriate to call soft-tissue and endocrine tumor surgery elective.”

The Institute, operating out of the Hospital for Endocrine Surgery performs more thyroid, parathyroid, and adrenal surgeries than any other hospital in the world. It has received multiple record referral numbers in recent weeks, with as many as 188 endocrine patients being referred for surgery in a single week.

“The patients are coming from all 50 states and from 14 foreign countries in just the past few weeks,” said Dr Norman. “These are numbers we have never seen before, showing that patients with endocrine tumors are not going to wait like they were forced to last year.”

“A total of 57 new referrals for thyroid cancer surgery in one week is a new record” says Dr Gary Clayman, director of thyroid cancer surgery. “Vaccines are playing a huge role, giving patients the confidence to have surgery. But of course, surgery to remove a parathyroid tumor or thyroid cancer from your neck is completely different than having nagging knee pain cured with a knee replacement. I don’t think half of my patients would be here if it was for something less serious than a tumor or cancer.”

Since the number of available beds is a constant concern for hospitals as the delta variant surges throughout all 50 states, physicians and surgeons worry that the lack of bed availability could cause a delay in elective surgery for those operations requiring an overnight hospital stay. A number of hospitals throughout the US have discussed delaying elective surgery, with several in the Institute’s home state of Florida halting those requiring an overnight stay starting this week.

Endocrine surgery, as pointed out by Dr Norman, is primarily an outpatient operation, thus any concerns about bed availability should have little or no effect on the performance of thyroid, parathyroid or adrenal surgery.

The fear of delayed cancer surgery potentially leading to lower cure rates and more advanced disease has many patients unwilling to put off endocrine surgery. “Many patients operated on over the past 9 months are frustrated and angry that their cancer surgery was delayed” says Dr Norman, reiterating comments from Dr Clayman.

“Endocrine surgery has two distinct advantages over many other operations that have been lumped together under the term ‘elective’. The first is the lack of need for overnight stay in most cases, and the second is that patients with endocrine tumors and cancers won’t let their operations be delayed again. They have learned their lesson and they are quite vocal about it online.”

The Norman/Clayman Endocrine Institute was recently featured in an announcement from the HCA Healthcare West Florida Division, for a $50 million construction project that has begun on the Hospital for Endocrine Surgery, a campus of Memorial Hospital of Tampa. When completed later this year, clinicians at the new 75,000 square foot facility will provide highly specialized treatments and services for endocrine tumors, including thyroid, parathyroid and adrenal tumors and cancers. The hospital was designed, alongside experts, to provide compassionate and efficient care to those patients seeking specialized endocrine surgery.

The Hospital for Endocrine Surgery will offer endocrinologists and other physicians a single center where they can refer their patients with endocrine tumors of the thyroid, parathyroid, and adrenal glands for surgery, regardless of the complexity. With close proximity to Tampa International Airport, the campus is expected to attract patients from across the state, nation and the globe for inpatient and outpatient procedures. More information on this new hospital can be found here: https://hospitalforendocrinesurgery.com/