Two law enforcement professionals with decades of experience training other law enforcement personnel to react to and engage active shooters and terrorists will launch a new civilian company, Threat Management 360, www.threatmanagement360.com, in the first quarter of 2019. 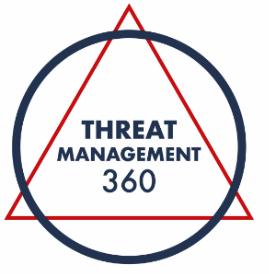 CHARLESTON, S.C. — Threat Management 360, www.threatmanagement360.com a new firm created by two experts in training professional law enforcement personnel in how to react to and engage in life-threatening emergency situations, will provide similar services to the civilian community by offering Active Shooter Training to businesses of all sizes.

Steve Sabatalo, a former U.S. Capitol Police patrolman and SWAT Team member was also a Federal law enforcement instructor where he taught arrest techniques, defensive tactics, impact weapons, officer safety and survival tactics, along with emergency first aid. Sabatalo has partnered with Kieran Moriarty, who also served as an instructor with Sabatalo and who served honorably as a United States Marine before beginning his Federal law enforcement career.

Given the sustained risks to civilians in the workplace, educational institutions and social venues, Threat Management 360 understands the need for businesses to train their employees on how best to react to an active shooter or other threat to preserve not only their own lives, but also to assist in helping others, whether the incident occurs at work or in their everyday life. It is their hope that these employees would then share what they learned in this training with their family and friends if faced with a hostile and life-threatening situation.

Moriarty said that according to OSHA all business and institutional owners/leaders, in an effort to provide a safe work environment, have a moral and fiduciary responsibility to provide their employees with the information and training that can assist in saving their lives in the event of the unthinkable.

Moriarty and Sabatalo are dedicated to bringing their passion and extensive expertise to companies to train their associates on how to properly respond to active shooter situations and other security threats. They will also employ proven bleeding control techniques approved by the American College of Surgeons which includes how to apply a tourniquet to treat a life-threatening wound. According to the Stop the Bleed campaign, uncontrolled bleeding is the number one cause of preventable death in trauma incidents. “Stop the Bleed” is a national awareness campaign and call-to-action. Stop the Bleed is intended to cultivate grassroots efforts that encourage bystanders to become trained, equipped, and empowered to help in a bleeding emergency before professional help arrives.

The Threat Management 360 training will take about 2.5-3 hours to include its REACT Smarter training. REACT is a pneumonic system employed to help trainees do two things: be conscious of what is going on around them every day to prevent ‘possible’ perilous events and to recall the most important things to do in an active shooter or other life-threatening situation.

· Recognize: Watch for behavioral signs that can enable you to prevent or avoid a possible threat.

· Evaluate: Consider your plan of action.

· Act: Run, Hide, Fight. These are situational options, depending on the scenario.

· Communicate: Communicate a perceived threat or talk with those nearby and emergency personnel during/after an active event.

· Treat: Provide care to yourself and others if people are hurt utilizing bleeding control techniques.

Sabatalo said that with more than 311 mass shootings as of Nov. 2, 2018 in the U.S., people must be made aware of what to watch for and be able to recognize common behavioral traits exhibited by those that perpetrate mass shootings or other acts of violence.

Statistics show that more than 60 percent of the time at least one of the victims was specifically targeted by the shooter. They often have real or perceived grievances ranging from personal mistreatment to political and social differences. They exhibit anti-social behavior, are loners, have a fascination for mass shootings and justify cruelty to people or animals.

“You don’t want to have to live in a state of fear, but recognition of these common traits is vital to prevention if people report what they see and feel about co-workers and strangers,” Sabatalo said. Situational awareness is also, for example, if one sees an unattended bag, you should quickly report it.”

Having a plan of action is key, he said. People must ask themselves what they should do in the event of a lockdown in the workplace, for example. They have to know their options for each possible scenario and then practice it.

The training will delve deep into the “run, hide, fight” options, and when and how to employ them.

“‘Treating’ is important and can save your life and the lives of others,” Moriarty said. “Just like on an airplane when they tell you to put on your oxygen mask first, you have to make sure you are okay to help out others. With today’s techniques, there is no reason anyone shot in a limb should die as the result of their injuries, if they are treated quickly and properly. The more people that learn bleeding control techniques, the more lives will be saved.”

The training will incorporate actual video footage of active shooter scenarios as well as techniques used to save lives. The overarching goal of the training is to help people think about and develop a plan for what they will do in the event of the unthinkable.

“Don’t be paranoid, but be prepared,” Moriarty said. “Every single person who takes the class will walk out with a high degree of confidence to be able to save their own lives as well as someone else’s.”

The program will roll out in the first quarter of 2019, and as the program grows across the country they plan to add new instructors.

For more information on the program visit the company’s website at www.threatmanagement360.com