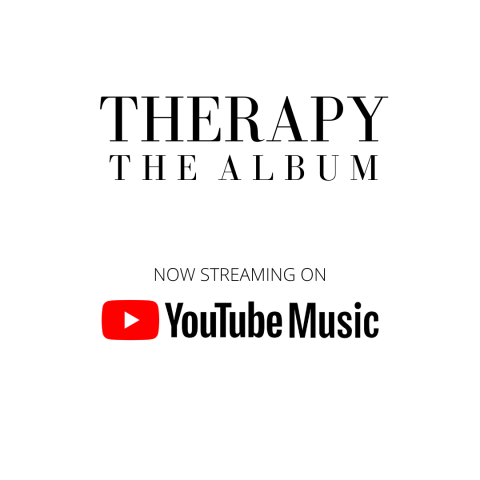 “Therapy,” a new short film starring up-and-coming singer/songwriter/actor Barachi, unfolds in a dream state haze, weaving a story of lovers caught up in the spell of passion and desire that soon dissolves into obsession, an ultimatum…and consequences. From the song “Honey Love” which drips with warm keyboard chords and percussive palpitations to the more innocent, back-in-the-day love letter “Tell Me” in which Doo Wop intersects where the Bass drops. Barachi brings the sweet sincerity of classic soul to the swag-branded strains of today’s techno-pop. It’s a global sound, sun-kissed in Miami, incubated in L.A. and polished to perfection in the skies between.

Out of the box, there’s sensually fluid DC-based Hip Hop-Soul artist Maycee – admiral of a luxury liner she’s christened The Ambiguous Art Movement – debuting her buzz single, the nocturnally dreamy “Your Love” (produced by London-born DeKomposer). The song – a stand-alone single being marketed as music inspired by the motion picture Therapy – is a completely organic melding of a track DeKomposer sent to Maycee.

Of her artistry, Maycee states, “I love anything that’s soulful and has meaning. I was inspired by Anita Baker, Lauryn Hill and Aaliyah…resilient artists that never hide who they are, and were never afraid to sound, look and be…unique: earthy and real.” DeKomposer says when Maycee sent the piece back to him, “I found the song to be very refreshing. Most artists ask for whatever the current social mood is or for some specific sample. For someone to bother to write to some music that isn’t trap or 808 based was lovely.”

Matthew Herman, EVP, A&R o/b/o GMUSIC GROUP, shares, “I see everything starting to catch. This will be the first time an artist comes out of the gate with features from Miami’s finest artists such as Rick Ross (on ‘Gone’), Trick Daddy & Trina (on ‘U Know Me’), Zoey Dollaz (on ‘Don’t Leave’) and guitarist Isaiah Sharkey (on the thought-provoking standout ‘Important’). Trick Daddy said on ‘Love and Hip-Hop Miami,’ ‘I am careful about who I choose to work with.’ This right here shows you as A&R for GMUSIC GROUP we have a long reach to A-list artists.”

DJ Sir Charles Dixon – WBLS Master Mixer, Consultant, Rhythm and Mix Show Promotion, GMUSIC GROUP – states, “When I first heard ‘Therapy,’ I was blown away by his musical concept that focused on Appreciation, Commitment and the Emotion required to Love and Respect a Woman. Millennial artists today are desensitized to these feelings. This project defies that mentality and returns hope to young people experiencing romance today! The short film serves as the visual component and brings this concept home by giving the viewer a tangible sense of his character and how extraordinary he is as an artist!”

Barachi (an artist globally represented by Lindsay Guion – Founder, CEO, and Chairman of GUION PARTNERS) along with his co-production collaborators High Volume (Gucci Mane, Jason Derulo, Busta Rhymes) and newcomer Exly On Da Beat, plus sound mixed to sparkling perfection by 5-time Grammy-winner Fabian Marasciullo, have woven a sound that is warm, wonton and clutter-free – a plush aural environment that invites the listener to plunge in again and again.

Therapy (music inspired by the original motion picture), marks just the beginning of the 360-degree experiences offered by distinctly original new talents Barachi and Maycee…and all who contributed to the soundtrack of this sexy, true to life, love story.