Temples Pride announced today they would donate 1 Tree for every microfiber mop that they sell to help with reforestation efforts in Africa, Asia, North America, and South America. 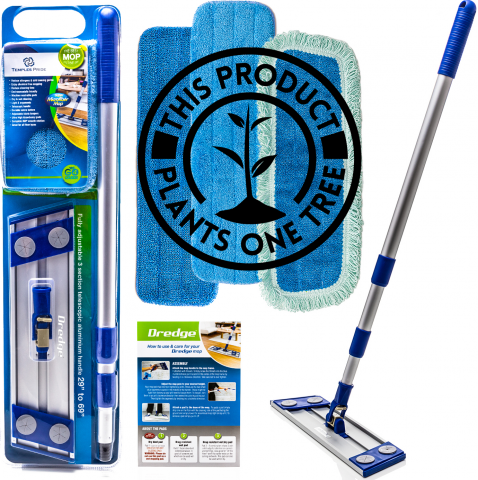 Temples Pride announced today they would donate 1 Tree for every microfiber mop that they sell to help with reforestation efforts in Africa, Asia, North America and South America.

The world resources institute claims that the tropics lost 11.9 million hectares of tree cover in 2019, according to data from the University of Maryland, released by Global Forest Watch. Nearly a third of that loss, 3.8 million hectares, occurred within humid tropical primary forests, areas of mature rainforest that are especially important for biodiversity and carbon storage. That’s the equivalent of losing a football pitch of primary forest every 6 seconds for the entire year.

Temples Pride spokesperson Brian Da Silva says they are honored to be part of such a great movement and that they’ve always admired the One Tree Planted foundation and the work they do. He said they’re thrilled to be able to give to an organisation that has given so much and done so much good over the years.

He said anyone who purchases the Dredge Microfiber mop will now know that in addition to getting an environmentally friendly mop, they’ll also be helping a great cause. Customers also get to choose where they would like to have their tree planted on their behalf and will also receive an electronic certificate.

When asked why they chose to plant trees Brain said that besides the obvious reason that the world desperately needs more trees, planting trees is truly in line with the image that their microfiber mop already upholds. As it stands, it is already a strong advocate for the environment in that the pads are machine washable and can be used for years to come.

According to a study done by the United States Environmental Protection Agency (EPA) “microfiber also uses 95% less water and chemicals which drastically decreases their environmental impact.”