The Legendary John Edward Watson Passes Away At 85 In Wilmington, Delaware

From a proud father to an accomplished veteran and renowned radio host, his life has left its mark on countless lives in this world, and he will be remembered 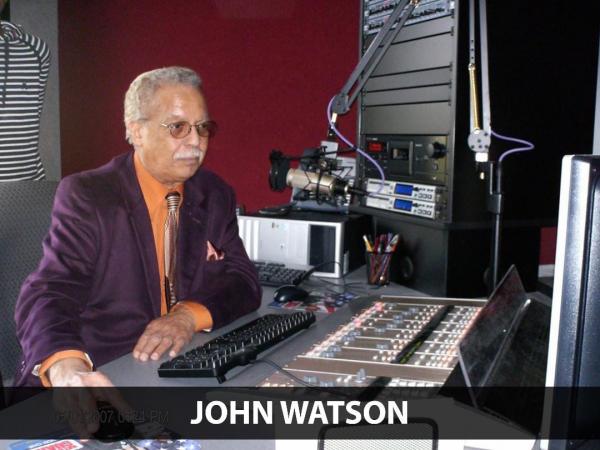 June 27, 2019: Renowned Delaware based radio host, John Edward Watson has passed away on Saturday, June 22nd, 2019 at Christiana Hospital. The news of his passing was recently announced by one of his family members, and his funeral and viewing will take place next Tuesday on July, 2nd. He breathed his last at the age of 85 and was loved by multiple generations of his listeners on radio. Besides his three children and grandchildren, John was also survived by many nieces, nephews, cousins, other family and friends.

Guy Te Watson, one of John’s sons has created a website in honor of his father that people can visit at https://holpen.net/john-edward-watson/ . The site has and will grow in URLs to videos and photos and information with links to numerous articles about his dad.

“Besides his illustrious broadcasting career, my dad was also an Air Force Veteran and a Civil and Human Rights Advocate.” Said Guy Te while talking about his late father. “Our entire Watson family is in deep sorrow and we appreciate the support of everyone who has been calling us and sending us their condolences and gifts.” He added. Besides Guy Te and his wife Shawn, John’s daughter Paige Todd alongside her husband Philip, and his son Vernell Watson alongside his wife Angela will be present at the funeral.

In addition, the late John Watson sometimes called the “Dean of Delaware Talk” was famous for his local “The John Watson Show” radio broadcast in Delaware. He was also known for his contribution in laying the ground work for the renowned Brown v. Board of Education case win ending segregation. He also served the community, focusing particularly on children and families in need, while he has also been a member of American Legion and the Delaware Press Association for many years. John has also received national awards for Best Talk Show Host and/or Radio Interview in the NFPW Professional Communications Contest. Besides that, he has won several awards and had other accomplishments throughout his career and has touched the lives of many over the years.

According to Guy Te, his father’s Celebration of Life Service will take place at 10:30 am, Tuesday, July 2, 2019, at the Congo Funeral Home, 2317 North Market Street, Wilmington, DE 19802, with the viewing from 8-10:15 am only. Furthermore, his interment will be held at the Delaware Veterans Memorial Cemetery in Bear, Delaware.

For more and up to date on the funeral proceeding information go to:

For more detailed information on John’s life history and accomplishments with links to many articles and videos go to https://holpen.net/john-edward-watson/