The Hungry Heart by Shannon Farrell Available in Paperback March 1, 2022

The latest Irish romance novel by Shannon Farrell, The Hungry Heart, will be available in paperback March 1, 2022 from HerStoryBooks.net, just in time for St. Patrick's Day. 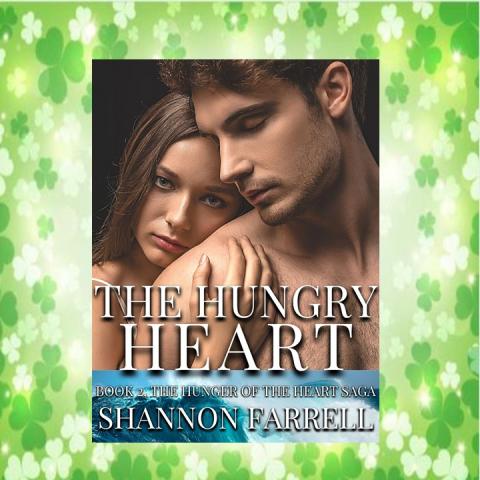 HerStory Books is pleased to announce that Book 2 of the Hunger of the Heart Saga, “The Hungry Heart,” is now available in paperback, just in time for St. Patrick’s Day.

Readers will be swept away by this historical romance on the high seas, a boat full of Irish refuges from the deadly Potato Famine find adventure, and even love.

The author, Shannon Farrell, has taught and written about 19th-century Irish history for more than 20 years, and takes pride in using original eye-witness accounts of the events of that period to write stirring fiction that captures the lives and loves of the ordinary people living in those times.

“In this second book, I wanted to capture the fact that even though they have sighted land, their trip to Canada is by no means over. They have to sail up the mighty St. Lawrence River, full of storms and shoals, and then they have to deal with the hell of being in quarantine until they were eventually allowed to get off the ships. Lack of food, overcrowding, barely any fresh water, it was a whole new set of challenges after an already exhausting journey across the Atlantic,” Ms. Farrell said.

The heroine, Emer, is made up, but all of the events are accurate. Forced to emigrate to Canada, she and her family endure a harrowing journey on board a “coffin ship” bound for Grosse Ile in Quebec.

Emer, working as a cabin boy to help her family’s finances, meets the enigmatic Dalton Randolph, the ship’s only gentleman passenger, who’s not all that he seems. The attraction between them is spellbinding, but darker forces are at work against them.

Who exactly IS Dalton? And why is he REALLY on that hell ship? The shocking revelations on both sides force Emer and Dalton to confront their growing feelings for each other.

Their attraction is undeniable, but what will Emer do when she discovers the man she is falling in love with is not all he seems?

Canada looks beautiful and unspoiled, but there are all sorts of dangers lurking. Can Emer navigate safely through this strange new world?

Including Dalton’s father Frederick, who has far different plans for his son than to allow him to marry an Irish peasant…?

Anyone who loves Victorian historical romances or 19th-century historical fiction is certain to love this gritty and vivid book. It is available in ebook and paperback from Amazon.com.

Readers should also look out for Book 3, The Hungry Heart Satisfied as well, which will be available from Herstory Books, https:/HerStoryBooks.net in time for St. Patrick’s Day.