The Blue Moon Hotel on the Lower East Side of NYC is a more a Living History Museum than another typical industrial, chic, hotel. 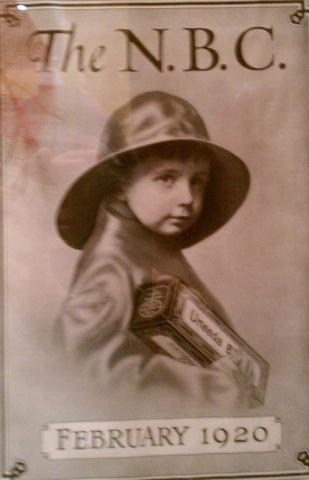 On Orchard Street, right off of the corner of Delancey Street, on a busy thoroughfare bustling with popular shops and chic restaurants, eclectic bars, and funky fashion retailers, awaits a building lost in time, a passageway to bygone NYC.

Originally built as a Tenement for Immigrant Housing and Merchants, The Blue Moon Hotel was a time capsule. For almost 70 years the upper floors of 100 Orchard Street were sealed off. NYCs’ most famous Mayor La Guardia set cost prohibitive social enactments which raised the ire of the merchant landlords. Many decided to forgo their 8-, 9-, or 10-dollars monthly rent. They preferred to concentrate on their retail spaces rather than make the necessary expenditures to achieve compliance. They sealed up the upper windows to indicate to the mayor and would be tenants they were no longer in the rental business. Besides, who needed to risk having their shops flooded or worst burnt down by careless tenants? This was the means by which much of personal effects and artifacts were preserved and later incorporated in the design of the Blue Moon hotel. Amongst the salvaged wonders are a variety of indicators on how daily life was led. Signs of workmen’s’ daily struggles with beast of burden found in a horseshoe, cow bell or venturesome risky business alluded to in found poker chips and bullets.

There was a cornucopia of paper ephemera, a treasure trove of depression era green stamps. Randy Settenbrino, the Artist and Developer, would later use to underline themed collages that are lovingly displayed as a memorial to the old New Yorker’s way of life. One such collage exemplifies the social conditions of society with headlines ‘Giants rout Robbins 11-3’ (the Robbins eventually will come to be known as the Famous Brooklyn Dodgers), ‘2 Die as Guns Blaze in Six Holdups’ and ‘Bill Tilden beats Wilmer Allison in 9 Year Struggle’. Included in this collage are wedding announcements and a little boy lost on the IRT. One collage holds the first aerial map of NYC from 1928, along with 14 points of local interest, foreign ambassadors’ contact information, places for social dancing, and several theaters, including the renowned Carnegie Hall, as well as its seating arrangements.

The Blue Moon Hotel, with all of its historical detail, incorporated artifacts, fourteen major memorabilia collages, and background, is more a Living History Museum and Time Capsule than just another Hotel. For all intents and purposes, it is an experience that no one in New York, Native or Visitor, should pass up.

The Blue Moon Hotel is found on 100 Orchard Street, in the Lower East Side of Manhattan in NYC, and can be reached by calling 646-787-5503, emailing info@bluemoon-nyc.com, or going to their website, bluemoon-nyc.com.