IT Mindshare was recently invited to meet with the West Virginia Secretary of State Mac Warner to discuss blockchain’s role in the future of the state. 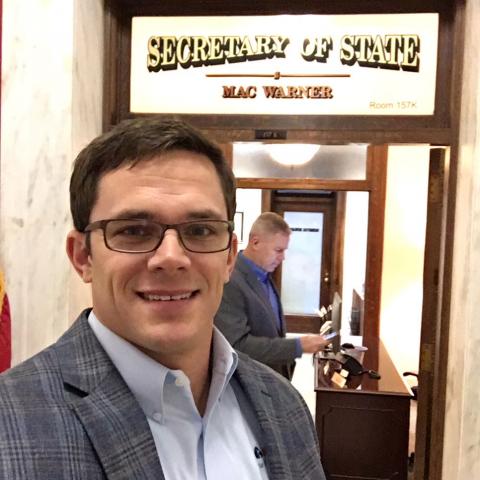 IT Mindshare was recently invited to meet with the West Virginia Secretary of State Mac Warner to discuss technology’s role in the future of the state.

The IT company’s founder, Jeremy Harris, was one of only two technology experts from West Virginia invited to this weekend’s meeting.

The primary discussion revolved around blockchain and how the state government could pioneer the use of this technology at the state level. Blockchain is a technology that manages sensitive information within digital records. It is built to be an incorruptible digital ledger that allows for shared documents to be accessed and updated without being controlled by a single entity or the possibility of a single point of failure. It is well-established and has already been used by West Virginia to allow military members to vote overseas in the past election.

Only a handful of states have started discussions with technology experts regarding the use and implementation of blockchain in their government. By successfully integrating cryptography tools like blockchain at the state level, West Virginia will be able to position itself as a national leader in secure data collection and transmission.

“Blockchain will play a significant role in how we interact with our government in the near future. This technology will literally transform the way we do business with each other and around the world. West Virginia has an opportunity to be a leader—a pioneer—on the forefront of this wave that is coming. But only if we place ourselves very well, and quickly.

As a Service Disabled Veteran Owned Small Business, IT Mindshare is proud to continue to serve our government and our state in any way we can. Helping to steer the future of technology in West Virginia is a natural fit for our team.”

More information about IT Mindshare can be found on their website at http://www.itmindshare.com or by calling (304) 658-7600.