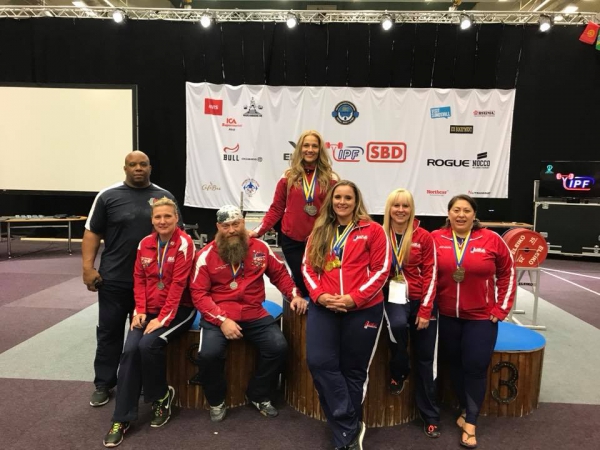 More information can be found at: http://egostrengthandperformance.business.site

Team Phoenix is a group of likeminded people who enjoy powerlifting in the Seattle area, and enjoy competing in competitions around the world. The team is run by Kevin Stewart, the chief coach, who leads the team mostly through USAPL powerlifting meets.

Competitors from the team regularly achieve success on the national and world stage, with USAPL National events and the IPF Worlds. The latest success in Sweden is part of the team’s commitment to excellence in powerlifting, and sets them up for a strong 2018.

At the 2017 IPF Worlds, Team Phoenix achieved success in a range of different areas. It was the ultimate show of strength, as entrants must win the US nationals or be chosen as an alternate in order to be selected as a World team member.

Andrea Page competed and won first place and a gold medal overall, as well as gold medals in the individual events for squat, bench press and deadlift in the age 40-50 competition.

Cindy Goodrich won first place and a gold medal overall and in the individual events for squat, bench press and deadlift in the age 60-70 competition.