Rodney and Gattegno say many remote workers probably experience the aftereffects of digital eye strain including, blurred or double vision, dry eyes, or an inability to focus clearly on objects which are further away. 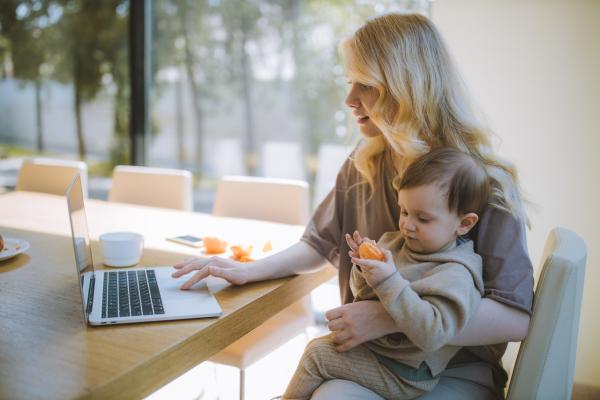 Digital Eye Strain: A Consequence of Working From Home

Thousands of people around the world have recently joined the growing number of workers who over the past few decades have chosen to wave goodbye to commuting and office life. And the current buzz is that many of the businesses and countries that sent these new remote workers home during the Covid-19 lockdowns may have seen the benefits and are thinking of extending this approach. But what concerns Australian behavioural optometrists with a special interest in myopia control and myopia prevention, Gary Rodney and Jacqueline Gattegno, is what many workers (and their employers) don’t realise the consequences working from home can have on their eyesight.

The Eyes Response to Digital Strain

Rodney and Gattegno say many of the veteran remote workers and some of the newcomers have probably already experienced the aftereffects of digital eye strain at the end of the day in the form of tiredness, blurred or double vision, dry eyes, or an inability to focus clearly on objects which are further away. Other possible symptoms include burning or itching eyes, increased light sensitivity, watery eyes, and headaches. All of these might seem to ease off after a period of rest, but there is no guarantee that permanent and more serious and lasting damage is not being done, Rodney said.

He says the workers who joined the trend years ago who have felt these results may have taken the correct steps to protect their eyes by establishing work routines that include regular breaks from the computer and spending some of them outdoors, where they can switch their focus to objects that are further away, and also enjoy the effects of natural light as opposed to the blue light generated by screens, mobile phones and tablets.

But he fears that those who make up the new “work from home, or don’t work at all” work culture created by the lockdowns may not see the switch to working from home as anything more than a lifesaver, and may only realise too late that they could be paying a big price for it.

“Most of them started working from home without structure or direction, and did so while burdened with fears regarding the health threat, their ability to pay debts, and concern about how to put food on the table,” Rodney said. “Eye safety measures such as switching focus distances and spending time outdoors, were probably far from their minds.”

Trapped at the Screen

According to Rodney, a fellow of the International Academy of Orthokeratology and Myopia Control (FIAOMC), scientists have stressed the importance of these measures when linking both extended screen time and the indoor lifestyle it creates, with the development and progression of serious eye impairments. This is particularly relevant when it comes to myopia, an eye impairment which affects the focus of millions of people around the world and has reached epidemic proportions in terms of a sharp spike in its increasing prevalence, and increased speed in its progression.

Also known as nearsightedness, this refractive eye condition causes people to see objects clearly only if they are close by, and to see nothing but blurs when trying to focus on anything at a distance. Rodney says the myopic focus problem would be worsened by the constant reinforcement of focus that’s restricted to one point for extended periods, as it is in most remote work.

He said that this has been accentuated in the new lockdown breed of remote workers, who were forced to stay inside in accordance with lockdown regulations, and spent their days facing an abnormal load of online work. This could include taking part in online conferences, negotiating with clients, dealing with data collection and administrative duties, emailing, placing orders and arranging deliveries, all of which require a single (short) concentrated focal distance when done online, and which also led to constant exposure to the blue light emitted by the screen.

To learn more about the dangers of digital eye strain, and the risks of myopia, visit Rodney’s Myopia Prevention: Solutions, Control And Treatment In Sydney or the Smart Vision website: Optometrists Sydney: Optometry Services For Children and Adults | Smart Vision.