Swiss web store, Swiss Made Direct, launched an 18% discount on Victorinox and Wenger watches and gear. All of these products are representing classic Swiss quality, functionality, and durability. 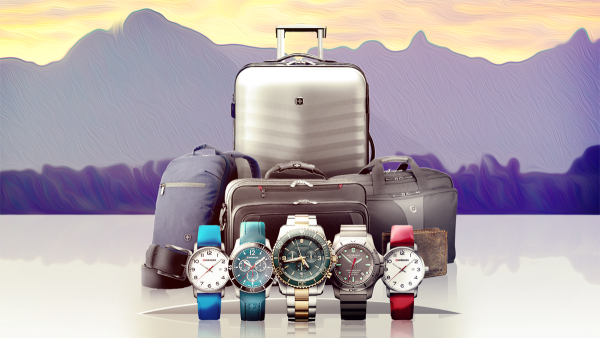 The largest Swiss online web store, Swiss Made Direct, has announced an 18% Off on prestigious Swiss made watches and equipment – Victorinox and Wenger. The newest collections of Victorinox watches (I.N.O.X.) are the synonym for durability, performance, and functionality. By the time these timepieces end up in the market, they’ve passed 130 stringent endurance tests. Half of the watches have been burned in the process, which speaks for itself about the reliability and strength of those which “survived”.

Speaking about it, the CEO of Swiss Made Direct said: “Besides the long tradition of Victorinox, they’ve managed to adapt to modern trends by combining classic Swiss originality and quality with the newest design. On the top of that, each of their I.N.O.X. Series is the absolute masterpiece regarding endurance and functionality. These watches have passed more than 100 durability tests, which differs them from many other watch brands. Therefore, Swiss Made Direct decided, together with the marketing team, to get a discount on these watches, in order to make them more approachable for our loyal customers.

Wenger became a part of Victorinox family in 2005. Since then, they are focusing on producing their best products – watches, and gear. Wenger women and men watch collections are combining different styles with classic, striking Swiss design. But, most importantly, the quality is the same is as it was always. On the other hand, their traveling and business gear is also carefully made for different situations, whether you need a backpack for a picnic or suitcase for a job meeting.

CEO of Swiss Made Direct added: “Wenger, as a part of Victorinox family, is also on the very top of Swiss watches and gear industry. Same as Victorinox, they’ve managed to answer to the metropolitan trends, while remaining loyal to traditional Swiss quality and watchmaking. Also, their gear and equipment provide ultimate comfort and space for all of your accessories and clothes. Since Wenger is also the part of Victorinox, it was logical to get a discount on these products, too. Customers are very well aware of the quality of Wenger products, and in this way, they’ll get closer to it.