Foundation For The Future has recently announced its aim to get congressional funding for space infrastructure to allow America to be the innovators for creating a gateway into space. 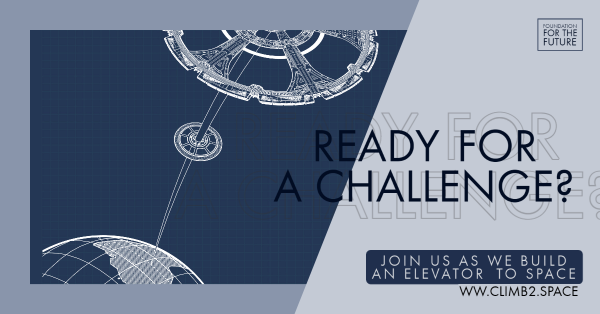 Non-profit organization Foundation For The Future has launched its newest project, which aims to get congressional funding to build a port authority for space as well as a space elevator to allow for a secure, sustainable, and efficient gateway to outer space.

More information is available at https://www.climb2.space.

The new project by Foundation For The Future aims to get government backing for the creation of a spaceport authority. The significant infrastructure development will push innovation, investment, and economic growth that will also create an abundance of jobs, similar to the transcontinental railroad and interstate highway system in the past.

As the world’s resources are used up, there is a need to look for alternate means of fuel to protect the current standard of living. Outer space holds a potentially limitless supply of raw materials and resources, yet presently they remain out of reach. The Foundation For The Future understands this issue, and their project aims to help begin the process of securing the future of our planet, as well as expanding beyond it.

The development of a spaceport and space elevator is grounded in several existing cutting-edge technologies such as space-based solar power and elevator winches. Using these technologies, the Foundation For The Future wants America to benefit from being the innovator that pushes humanity’s frontier by uniting towards building a better future with the congressional funding.

The Foundation For The Future aims to highlight that America is ideally positioned to bring about the development, as it has in the past with projects such as the new deal, the interstate highway system, and the internet. The non-profit explains that America’s wealth, knowledge, and pioneering motivation will allow it to rise to the challenge of expanding humanity’s reach into space.

As a non-profit organization, Foundation For The Future is open and transparent about their goals and spending behind their project, with several documents and breakdowns available on their website. Furthermore, they have comprehensive details on how the spaceport and elevator would be created to allow people to understand the science behind the project. The organization’s website also allows people to donate if they want to help support the project.