The Best Shorts Competition recognizes exceptional achievement in craft and creativity, and those Filmmakers who produce standout entertainment or contribute to profound social change. 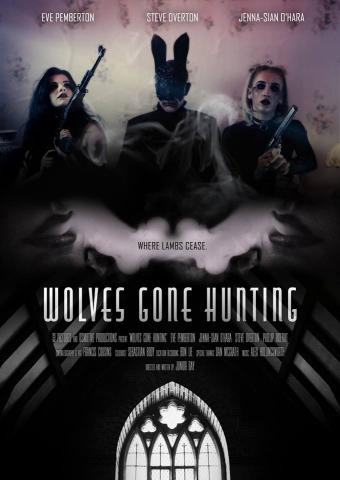 Junior Day, of 13 Pictures, has won a prestigious Award of Excellence from The Best Shorts Film Competition. The award was given for Mr Junior Day’s exciting surreal LGBT drama, Wolves Gone Hunting, which aimed to raise questions about gun safety and awareness. Wolves Gone Hunting features an exceptional story-line, following the before and after events of a mass shooting – starring Eve Pemberton and Jenna O’Hara as a lesbian couple living in an unaccepting society.

Inspired by true events such as the 2018 Parkland, Florida school shooting, and the 2017 Las Vegas Strip shooting, Wolves Gone Hunting switches up from the conventional storytelling structure and creates an episodic puzzle that comes full circle, leading to a fresh narrative exploring these types of violent events.

“It was fulfilling to work with such a talented team and see the amazing recognition we have been receiving so far. The relevance and gravity of the subject meant we were determined to get the tone of the piece exactly right”. – Eve Pemberton, Lead Actress

The Best Shorts Competition recognizes film, television, videography and new media professionals who demonstrate exceptional achievement in craft and creativity, and those who produce standout entertainment or contribute to profound social change. Entries are judged by highly qualified professionals in the film and television industry.

Festivals helps set the standard for craft and creativity and it goes without saying, a new wave of surrealism in film has come, and it starts Wolves Gone Hunting. The short film has gone on to win numerous awards at the L.A Independent short awards, and will continue to screen internationally throughout 2019.

The Short Film “Wolves Gone Hunting” is due for it’s official online release on the 13th of May via YouTube.

Follow the film’s festival run and online release via: