Nursing home residents are at risk of Covid-19 yet are prescribed antipsychotics that researchers say may adversely affect their immune system that fights off infections. Mental health industry watchdog, CCHR, warns governments not to lessen oversight of antipsychotic use in nursing homes 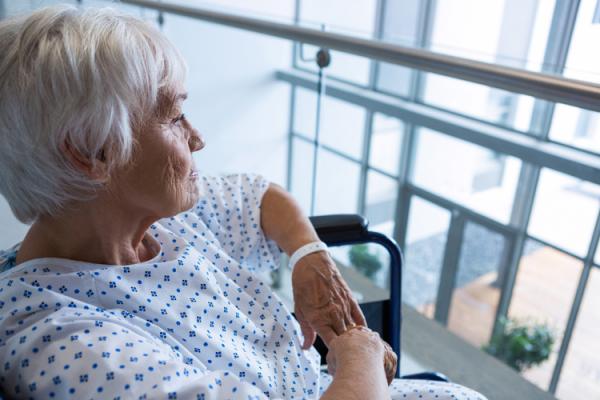 Mental health industry watchdog, Citizens Commission on Human Rights (CCHR) has cautioned against loosening federal oversight of nursing homes, as proposed by the Administration. The Centers for Medicare & Medicaid Services, which regulates nursing homes, could loosen strict federal oversight of the industry and has already reduced the fines paid by homes that violate rules.[1] But CCHR says that the elderly in nursing homes are excessively drugged with antipsychotics and cites researchers at the University of New England recently finding these drugs may impact elderly immune systems, making it difficult for them to fight off infections.[2] CCHR wants greater not less vigilance over the care of this vulnerable population. As a recent Stat News article reported, “The new coronavirus is not an equal-opportunity killer: Being elderly and having other illnesses, greatly increases the risk of dying from the disease the virus causes, Covid-19.”[3]

CCHR says there should be stringent monitoring of antipsychotics prescribed the elderly to ensure they are not put at further risk of the virus. A 2018 Human Rights Watch report said more than 179,000 people, mostly with dementia, in American nursing homes receive potentially dangerous antipsychotics.[4]

The Center for Medicare Advocacy reports, “Sadly, and too often, nursing homes use these drugs as a way of chemically restraining residents exhibiting the behavioral symptoms of dementia, despite the Food and Drug Administration’s (FDA) ‘black box’ warning against using antipsychotic drugs on elderly patients with dementia.”[5]

In contrast to loosening regulations that may monitor the use of antipsychotics in the elderly and protect them, CMS said it is ordering health officials to focus on infection-control practices at nursing homes, particularly those where coronavirus infections have been identified among patients or in the community. This comes after the deaths of five people who had lived at Life Care Center of Kirkland, Washington. They all had contracted COVID-19, a respiratory illness caused by the new coronavirus.[6]

Of the 17 deaths confirmed by King County officials, 16 were linked to center.[7]

It is unknown whether any of these people were taking antipsychotics or other psychotropic drugs. But the much needed oversight of infection control practices should also include whether antipsychotics are making the elderly more susceptible to such infections.

In February 2020, in a first-of-its-kind study using advanced brain imaging techniques, a commonly used antipsychotic drug was also associated with potentially adverse changes in brain structure. The study, conducted across several North American centers, and published in JAMA Psychiatry, reported: “With the increased off-label prescribing of antipsychotic medications, especially in children and the elderly, our findings support a reexamination of the risks and benefits.”[9]

Already, nursing homes have received more than 7,000 citations for violations of the Nursing Home Reform Act of 1987 related to antipsychotic drugs over more than three years.[10] But this could be compromised by proposed less oversight. CCHR says the last thing needed is to loosen controls, especially in light of the drugs’ potential impact on immune systems.[11] Federal law prohibits the use of antipsychotics and other psychoactive drugs for the convenience of staff, often called “chemical restraint,”[12] another reason CCHR wants to ensure no leniency in elderly treatment oversight. Watch CCHR’s video “Psychiatric Abuse of the Elderly” here.

CCHR is also concerned by figures released by Medicare, the primary source of insurance coverage for individuals over the age of 65 that show more than 128,000 electroshock treatments were delivered in one year. Ethical Human Psychology and Psychiatry reported “ECT is especially devastating to the vulnerable brain and body of the elderly….As would be predicted based on the fragility of the older brain, ECT causes more severe brain dysfunction in the elderly.”[13] The group has an online petition calling for a ban on electroshock.

Powerful antipsychotic drugs, acting alone and in interaction with other drugs or combined with ECT, have a long list of common side effects — including tremors, anxiety, confusion, insomnia, immobility, delirium, kidney and heart failure, and violent behavior. Another common effect, over-sedation, often greatly increases the risks of falls and fractures. In some diagnosed with Alzheimer’s and dementia, psychoactive drugs can even cause death.[14]

Older generations face a potentially life-threatening risk if infected with the novel coronavirus, which has caused deaths of 60-plus-year-olds stretching across the cities of China, Italy and now the U.S.[15] CCHR wants to ensure that they are not further predisposed to this with weakened immune systems that antipsychotics may cause. Any health oversight of nursing homes should also take this into account, it says.

CCHR is the mental health watchdog responsible for

more than 180 laws that now protect patients from damaging practices. DONATE to