StreamLocator launched a high-speed plug-and-play hub and subscription service for accessing geo-blocked websites, games, and streaming services from any place in the world. 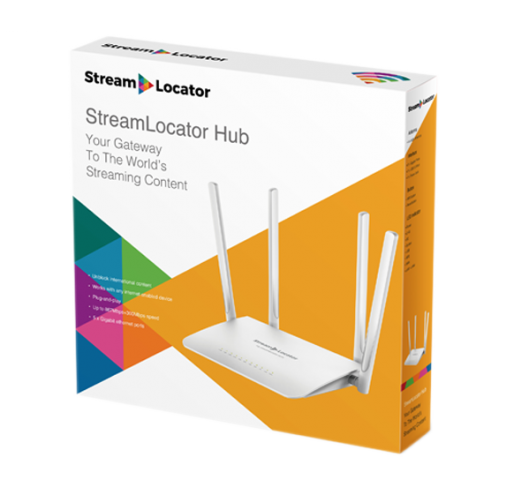 StreamLocator, a technological company based in Canada, has launched the updated version of its plug-and-play geo-location hub and services for unblocking location-specific content.

More information is available at https://www.streamlocator.com

The newly announced service aims to help people to easily access content, such as games and TV shows, that is only available to users in a specific location. For example, users outside the United States can use the hub to watch US Netflix.

The traditional way to access geo-blocked websites is a virtual private network (VPN). It changes users’ IP addresses, making them appear as if they are in a different country. However, this method has significant drawbacks, such as complicated configuration and slow connection speed.

StreamLocator allows its users to get access to over 40 streaming services, such as Netflix, Hulu, HBO, CBS, and others with an easy-to-use plug-and-play hub. The hub comes with a 12-month subscription and a 30-day money back guarantee. After the initial period ends, the subscription can be renewed at $5.83 per month.

The hub creates a second Wi-Fi network and lets users watch Netflix and other services from other countries. Unlike DNS and VPN, it does not need to be configured. The hub only needs to be connected to the router to work.

The StreamLocator hub can run multiple HD and 4K streams at the same time without impacting the speed of non-streaming Internet activity. It can be accessed from several devices simultaneously, which allows family members to watch different services.

Any WiFi-enabled device that connects to a router will work with StreamLocator, including smart TVs and gaming consoles, which is another advantage in comparison with VPN and DNS services.

“The internet was built without borders, and it should stay that way,” said a company representative. “Streaming companies are constantly making changes to prevent older technologies (like VPNs) from unblocking content. StreamLocator’s special hardware routes a user’s streaming traffic in ways other tech can’t.”