Sternalis, The Most Mysterious Muscle As There Is Much We Don’t Know!

The Sternalis Muscle indications for treatment include soreness on surface of the sternum or deep, intense pain internally deep to the sternum, similar to the pain of a heart attack. 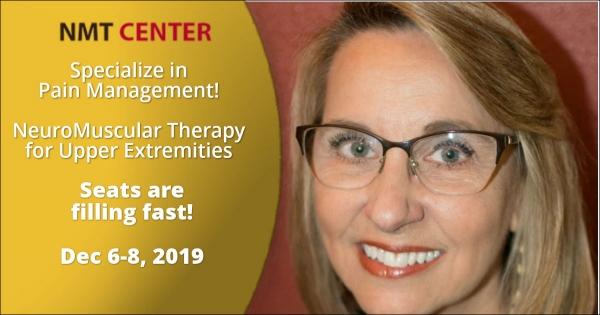 Think of a teacher who touched your life with more than homework assignments and red ink. Was there someone who inspired you, motivated you or gave more than was ever expected of him or her?

For me, Mr. Jack Johnson was one of those teachers. I had always been fascinated with how animals were put together and how our bodies worked. Science, biology, and chemistry were classes I looked forward to, with much credit for that going to the phenomenal teachers I had in high school. Mr. J’s fascination with anatomy rubbed off on his students through intriguing lectures that inspired us to think and to use our imagination rather than to just learn more facts.

The assignments that Mr. J gave were not the normal fare. In fact, my most vivid memory of his class was when we were required to glue a full (real) animal skeleton back together in a posed position. The day the assignments were due, birds, snakes, frogs, and other small critters lined the classroom, providing impacting evidence that we shared more similarities with the animals than we bored differences. That moment – and that teacher – changed my life forever.

Ten years later (and over 25 years ago), I immersed myself into the study of anatomy as more than a hobby. In the ‘olden days’, all we had were books and it took a lot of self-discipline to sit down to it every night for months (years!) on end. But today, with tools like interactive 3D software, cadaver DVDs, a vast array of textbooks and an enormous, endless supply of information on the Internet, studying anatomy can be a stimulating, captivating experience.

Everyone wants to learn new techniques, however, there are really only a few that we use in the treatment rooms. Effleurage, kneading, friction, properly placed tension, shaking or strumming, and a handful of other techniques are used in an endless combination to produce an array of massage therapy modalities.

Like the critters in Mr. J’s classroom, what massage therapy modalities all share, not only among themselves, but also with chiropractic, physical or occupational therapy, nursing, osteopathy, athletic training and even surgery, is anatomy. It is the ground on which we all walk together – the matrix – the skeleton of health care. The time spent studying anatomy is well invested and mastery of it can be for personal as well as professional gain.

My tip to you is to become inspired, enthused about anatomy. Every detail, from the design to the cellular physiology, is an amazing engineering feat. Even the nomenclature (naming of the anatomical structures) can become a delightful diversion, especially if you find just the right software, book or website to sizzle your gray matter. For instance, here is an example of a collection of fascinating facts on perhaps the most mysterious of muscles.

Sternalis is particularly interesting, not for what we know about it, but for what we don’t know, and for its variations. (Chaitow & DeLany 2000, 2008)

It attaches as a vertical slip, ascending from the sheath of rectus abdominis, fascia of the chest or costal cartilages of the lower ribs to merge with the fascia of upper chest or attach to the sternum or blend with sternocleidomastoid. If present, it can link rectus abdominis to SCM, forming a continuous line of tension from the pubic bone to the cranium.

Unlike most muscles, its innervation varies considerably, but usually is served by intercostal nerves or the medial pectoral nerve.

The function of sternalis is unknown. No one knows what it does! There is no known muscle test that causes it to contract.

Its synergists and its antagonists remain elusive since there is no clarity as to a movement that it provokes.

Indications for treatment include soreness on surface of the sternum or deep, intense pain internally deep to the sternum, similar to the pain of a heart attack.

Chaitow & DeLany (2000) note, “Sternalis remains one of the great mysteries of modern anatomy. Since function is unknown and no apparent movement has been determined, the evolution of this muscle continues to intrigue those who study the locomotor system. To add to the mysterious nature of this anomalous muscle, its presence is highly variable, it may be unilateral or, if bilateral, may not be symmetrical in length or size and its attachments as well as innervation are unpredictable.

It is present on average 4.4% of the time but cadaver studies range from 1.7% to 14.3% (Simons et al 1999). It is half as likely to be bilateral as unilateral, though, when present, is likely to develop trigger points following acute myocardial infarction or angina pectoralis and needlessly prolong the fear associated with the pain of heart attack (Simons et al 1999).”

When attempting to treat this mystifying muscle, apply slow, transverse friction to the tissue covering the sternum to examine for trigger points or tenderness within the myofascia that covers the bony surface. A thickness may be felt when the muscle is enlarged, however, toothpick-size versions will not likely be distinguished. Trigger points located here may refer a deep ache to the chest and pain down the upper arm, with a quality similar to that experienced during a heart attack. Of course, a pain presentation like that would also be a red flag to gain assurance from a physician that it is not associated with a heart problem.

The sternalis may also be located lateral to the surface of the sternum, in which case the step described above may miss the fibers altogether. It will likely never be known for certain if the person has a sternalis muscle unless he or she becomes a cadaver specimen since it is may not be palpable even when present. The report of discomfort during palpation does not confirm its presence, however, imaging of sternalis has been reported with diagnostic imaging for breast cancer. (Meerkotter 2009)