Most people recognise that doing too much after an injury could mean reinjury, says sports podiatrist Mark Lin. What they aren’t expecting is the rapid development of typical overuse injuries. 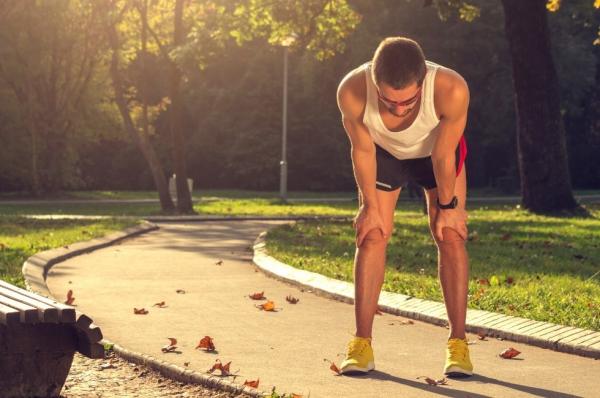 Running after downtime, beware of doing too much too soon warns Sydney sports podiatrist.

The headlines came soon after the hardest lockdowns ended. The Sydney Morning Herald labelled it an “Enormous Problem,” and it came down to too many people exercising too hard, too soon, after a considerable amount of time being sedentary. The result was an explosion in the numbers of sports-injury patients approaching podiatrists, doctors, and physiotherapists.

“Most people recognise that doing too much after an injury could mean reinjury,” says sports podiatrist Mark Lin. “What they aren’t expecting is the rapid development of typical overuse injuries after a period spent keeping their armchairs warm. They reason that they’re ‘rested,’ and although they’re expecting some aching muscles after starting or resuming exercise, they aren’t expecting real injuries. Unfortunately, as the epidemic of overuse injuries after hard lockdown proves, what you don’t know can hurt you.”

26 Bones, 33 joints, and 112 ligaments taking a hammering. From Mark Lin’s informed perspective, feet are biomechanical miracles – but they’re more delicate than most people realise. “There are a lot of little bones and joints working in concert,” says Mark, “and most people don’t realise just how much strain running, and even walking, can put on them if they aren’t working together as they should. Problems that begin in the feet don’t end with the feet. It’s just the start of a kinetic chain that goes up through the ankles and knees to the hips and lower back.”

“After hard lockdown, people who had previously been exercising resumed after some downtime, but by far the greatest amount of injuries were experienced by people trying to counter lockdown blues, tone up, lose a little weight, and get some of the exercise they know they should be getting but never had time for in the past. That can be equated to hundreds of pairs of feet that were ticking time bombs to begin with, getting subjected to the kind of strain that triggered an underlying potential for injury.”

Running isn’t bad for people, says Lin. In fact, it’s one of the most beautiful things they can do. However, before hitting the pavement, it’s a good idea that they to go for a gait assessment. “If you’re planning on using your feet to the max, it makes sense to make sure they’re ready for it. You wouldn’t undertake a long road trip without having your car checked out first, so having your feet checked before you make them work harder than usual is perfectly logical.”

If someone decides to get active after downtime, especially extended downtime, they should take it slowly. “Warm up. Don’t go too far. Don’t go too fast. Let your body get used to the new demands you’ll be making,” says Lin. “Listen to your body. If aches and pains are the inevitable aftermath of activity, don’t just stop and leave it at that. See a podiatrist. It’s important for you now, and it will be even more important as you grow older.

Regular runners should go for an occasional check-up too. “Professional sportspeople have entire teams of medical personnel to attend to them. They get a lot of attention from experts, and that actually makes them less susceptible to injury than amateur sportspeople are.”

“Since some injuries have long-term implications, determining how well your body is coping with physical activity and following up from time to time can be very important. Consider this: if athletes in the peak of their performance regularly see sports podiatrists, amateurs who are less physically fit should be getting professional help even more frequently.”

Exercise is healthy. But although fitness gurus may tell people to get up and get moving, ensuring that physical activity is as good for them as it should be starts with a visit to the doctor and the podiatrist. “If you’re over 40 or have underlying health conditions, your medical doctor is the first port of call,” says Mark. “After that, let a podiatrist check you out. If you get the green light, you’re ready to ease yourself into running.”

For further information, visit the The Footwork Clinic – Leading Sports, Podiatry, Foot And Lower Limb Corrective Services to book online, or call Mark Lin or his friendly team on +61 2 9131 6891.

The information contained in this guide is provided in good faith and is not intended to be nor is it to be used as a substitute for any sort of professional, medical or podiatric advice. An accurate diagnosis can only be made following personal consultation with a podiatrist. Any users should always seek the advice of their podiatrist, or other qualified healthcare providers before commencing any treatment.