International Artist, Rita Joyce is the Sparta Historical Society's feature summer exhibit artist. Rita Joyce: Evolution of an Artist is a showing of the culmination of Rita’s artistic work over the last 60 years and is on display at the Van Kirk Museum. 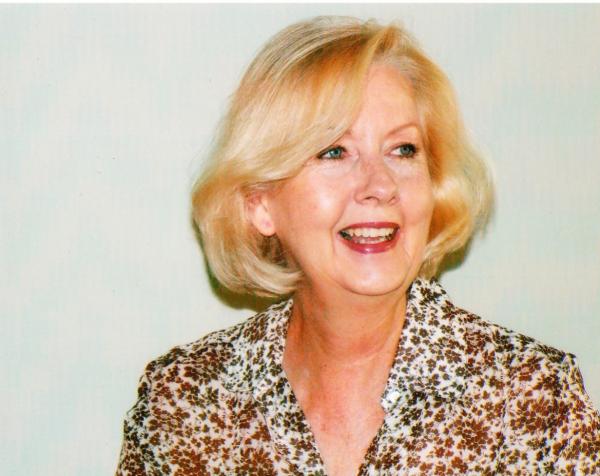 Van Kirk Museum, Sparta, NJ, home to the Sparta Historical Society is hosting International Artist, Rita Joyce, and Evolution of An Artist, as their summer exhibit artist. Exhibits of Rita Joyce’s works are on display at the Museum every other Sunday, during July and August. Viewings are scheduled between the hours of 1 PM – 4 PM on July 11th, July 25th, August 8th, and August 22nd. The Museum is located at 336 Main Street, (Route 517), Sparta, NJ 07871.

This exhibit portrays her early works and up to the present, showing her evolution as an artist and her ability to re-invent herself. Her artwork shows her ability to keep up with the constant changes that have occurred over her 60-year career. Ms. Joyce works in oils, watercolors, gold leaf and mixed media, often enhancing her artwork with metal leaf, powder, and collage. Her subjects are wildlife, floral works, natural forms, and abstracts.

Rita Joyce is an International Artist who has exhibited throughout the Southwest, New York Expo, Las Vegas Art 21, Hawaiian Islands, Japan, and cruise ships around the world. Her present focus is on Botanical Portraits, Wildlife, Organic nature forms and abstracts. Many well-known collectors have purchased her works as well as major hotels such as the Ritz Carlton and Universal Hilton.

Rita Joyce, originally from California, now residing in Sparta, NJ is known for her original paintings that capture and reflect shadow and light with a vibrant pallet. During her career as a professional Artist, Joyce has received numerous awards and participated in many group exhibitions and one-woman shows. She also has the honor of being included in Noel Goldblatt’s ‘People of the Century’ collection. Joyce attended the California Art Institute, Art Associates, and studied with many prominent watercolor and oil masters.

Rita’s career spans from the 1960’s up to the present. Her earliest works were varied, experimenting with various subject matter. Her passion for Native Americans was her focus. She began with oils and later branched out into water-colors and pastels. Rita then became active in Art galleries and Art Association shows. Many Horses Gallery stepped up her game and referred to her as “unique”. She experimented with collage papers, leafing, metals, powders creating mixed media paintings. Continuing to paint Native Americans and collage pueblos, she also painted nature, still life, etc. Rita had several shows at the Carnegie Cultural Museum, two which collaborated with the Pan American Museum Foundation. During this time, Rita was showing in over five galleries. A contract signed with Collectors Editions in the 90’s, displayed her paintings in their Hawaiian galleries. She then began creating large tropical florals and exotic birds, some with gold leaf. In the year 2000, Rita was invited to paint backgrounds for Disney Studios, for the “Tigger” full feature film. Princess Cruises signed for a series of serio-litho prints, six images in limited editions, and showed her originals in their ship’s galleries. Rita participated in the “Art Matters” show at the Huntington Museum and Gardens and belongs to their artists guild. Rita curated a show for the Autry Museum. For Women’s month, she did a show with three of her animation friends and they each gave a talk on their careers. At this point Rita has painted several series, large succulents, a Woman series and various other endeavors.

Currently, Rita has moved from her native California to Sparta where she loves the changes of seasons and has painted Autumn scenes, snow scenes and wildlife. Rita has recently shown at small venues in Sparta, NJ. Her floral work is in demand, so she continues to experiment with them using splatters and dripping, giving them a contemporary treatment. Also, she is working on large Abstracts using oils and mixed media.

She has exhibited her work in over 40 galleries and museums in the continental United States, Hawaii, and Japan. Her award-winning paintings are included in many private and corporate collections. Visit her website to see more examples of her exceptional, lifelike work. http://www.ritajoyceartist.com/

For more information about the upcoming art exhibit titled: Rita Joyce: Evolution Of An Artist, visit the Sparta Historical Society’s Van Kirk Museum’s website at https://www.vankirkmuseum.org/ or contact them at (973) 726-0883. For a private showing for you or your group, contact the Museum Director Jack Clark at 973-459-8221.