PureLight Power, a solar company in Oregon, partnered with Habitat for Humanity this month to make the installation of solar panels on a families’ home a possibility. 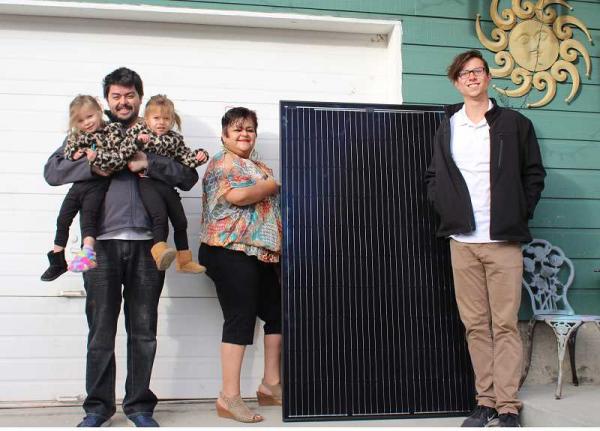 To find out more about PureLight Power please visit https://purelightpower.com

Habitat for Humanity works with families around the globe, and they change many families’ lives with the help of companies like the solar company, PureLight Power. PureLight Power is a unique solar panel installation company in that the team at PureLight Power often participates in philanthropic projects in their community to aid families in the region. The solar company regularly helps residential homeowners and commercial property owners to install solar panels at the most affordable rate, and in the most efficient manner possible.

Cory Reece, a sales consultant for PureLight Power, was especially involved in making the Samayoa family’s desires a reality. Samayoa said “Cory has been with me every step of the way, trying to get it all done. I was just hoping they’d take off one of the liens so I could get my own loan, but this is way better. I was very excited about it.”