Forex Broker Comparison service, called FXBrokerFeed, which in recent times captured the attention of forex platforms from across the globe with its game-changing capabilities, such as real-time observation of the forex market and trading signals, has just released its weekly market recap. 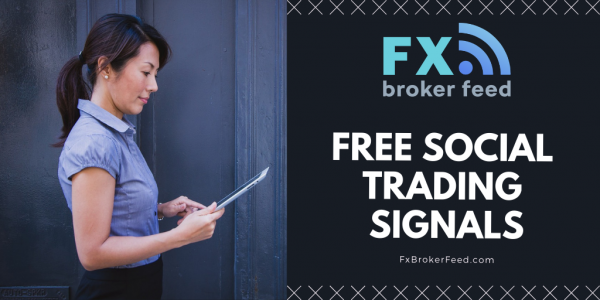 Forex Brokers Comparison service, called FXBrokerFeed, which in recent times captured the attention of forex brokers from across the globe with its game-changing capabilities, such as real-time observation of the forex market and trading signals, has just released its weekly market recap. FxBrokerfeed, the platform which provides trading signals and reports on major forex brokers, wrapped up the week, focusing on the most substantial changes and updates in the forex world.FXbrokerFeed reported that the fourth week of January”did not bring much news and excitement in the world of Forex.” Nonetheless, some events that might peak the interest of traders were mentioned.

“Calm week for most forex brokers”

FXbrokerFeed states in its weekly report that FxPro, Forex.com, SaxoBank and FXTM ( Forex Time ) are still standing strong as the crowd favourites. According to the platform’s social monitoring tools, they are the forex brokers with the best Positive / Negative ratio in terms of mentions and overall satisfaction. Full reports on FxPro, Forex.com, SaxoBank and FXTM and a wide range of other forex brokers are available at: https://fxbrokerfeed.com/report/

In addition, FXBrokerFeed also stated that during the week, from the 22nd to the 24th of January, the Hong Kong Convention & Exhibition Centre hosted IFXExpoAsia – one of the largest events connected to the financial sector in Asia for the year. The convention brought together institutional investors, top tier retail brokers, and is also a host of startups and service providers. Major brokers were also keen on showing new trading platform features and ideas for the future. FXBrokerFeed comments that “In a global business environment, Asia has operated as a significant arena for FX and CFD trading with many financial brokers and trading platforms from around the world seeking to expand their reach into Eastern Markets.” Among the big names that attended were Fibo Group, FxPro, FXTM (ForexTime), eToro, Swissquote and more. The platform states that overall, it has been a relatively quiet week. However, the team reminds the readers that It’s still early in the year and Forex Brokers aren’t making major changes in the products and services that they provide. The recent IFXExpo is expected to set up a trend of improvement and optimization of the trading experience in the upcoming months.

FXBrokerFeed is bringing relevant information about trading brokers and currency pairs 24/7 and is an essential tool that helps traders improve their trading performance.