Ska Artists The SkaSouls rebrand as The Pirrips &amp; Announce New Album: All At Sea

The Pirrips (formerly the SkaSouls) announced their Ska, Reggae and Rocksteady debut album entitled All At Sea, available direct from their website from 25th August 2018. 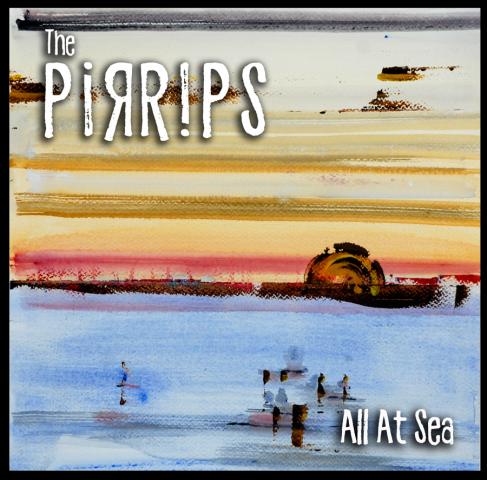 For ska, reggae and rocksteady fans looking to get their hands on the latest album by The Pirrips, the wait is over. The band has announced that All At Sea will be available from 25th August 2018. Full details and links to buy the album can be found on the artist’s website, http://www.thepirrips.com

Hallelujah (On The Dance Floor)

The Pirrips have high hopes for the success of this album and have launched their new-look website, as they move things along firmly in a fresh direction. “THE PIRRIPS is the culmination of eight years, 300 live performances and 3000 copies of two albums sold. Band members Lee, Nick, Allan, Huw, Andy and Dave were originally The SkaSouls, a band known for its highly energetic live performances of Ska, Reggae and Rocksteady.

Through the power of social media the band has amassed an impressive following in their local area of Staines and Chertsey in the UK, with worldwide recognition now including a sizeable number of fans in Venezuela! ​An an increasing number of very well-received and highly popular original tunes have been added to their repertoire since forming eight years ago, and with the completion of an album of all original music in early 2018, THE PIRRIPS was born. ​The history that brought these six musicians to this point ensures that THE PIRRIPS arrives with maturity and substance. With the August release of their debut album, ‘All At Sea’, THE PIRRIPS bring an abundance of spirit and style that has long been the backbone of their live performances.

Copies of the album have been distributed far and wide, with recipients including BBC Radio and Rick’s Café, Jamaica! Copies of the CD are now available and selling very well at every Pirrips live performance, too, with fantastic feedback being reported back to the band.

Fans are encouraged to learn more and ask questions on the fan page https://www.facebook.com/ThePirrips/. Businesses interested in partnership or media opportunities can learn more on the company website https://www.thepirrips.com/