Singer/Songwriter Greg Piper releases CD about the life cycle of a love affair.

Singer/Songwriter Greg Piper (Womanizer, The Tooners) records his first solo CD as an acoustic guitar driven concept album about the life cycle of a love affair. 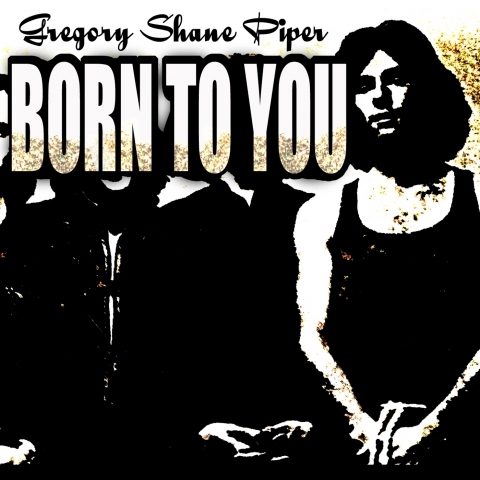 BORN TO YOU The current President of the United States uses Twitter, the way the rulers of medieval kingdoms used pages of parchment nailed to a post in the town square. Although, rather than royal proclamations, his communications range from the official statement to his latest whim or reaction, to what others are saying. Before Twitter, it was Facebook that served as the way people could communicate to no one in particular except their “Facebook friends”, the thoughts that were on their minds, complaints, or whimsical musings. Before Facebook, there was My Space, but going back even farther, to the dark times before the Internet, ladies would write in diaries, and men in journals. Back then, in the 1980s, a popular form of expressing one’s feelings without having to actually write anything, was the mixtape. This was an audio cassette, that featured a collection of popular songs, that expressed the feelings and thoughts of the person who assembled the tape, and usually was created to be given to someone in particular. One very interesting mixtape was created by L.A. musician Greg Piper (of The Tooners, Womanizer, and Just Imagine), who used his four track tape recorder to record original songs that expressed the emotions and thoughts he was experiencing at the time.

During a two year period, he wrote songs about meeting his future wife, Jacki, their developing relationship, and subsequent breakup. Two years after their breakup, they reunited, eventually married, and September 19th was their 30th wedding anniversary. To commemorate, Greg has pulled these old songs out of mothballs, and rerecorded them in a ten song CD, titled, BORN TO YOU. Listing the songs in chronicalogical order does a very good job of telling the story of the life cycle of a love affair, and in real time as it was happening. Unlike other CDs of songs about lost love, BORN TO YOU is especially sad, since the first half tells the story of the excitement, hope, and joy of the beginning of a new relationship, before descending in the second half into the misery of loss and heartbreak. Ultimately, it isn’t a sad story after all, as Greg and Jacki are still together after thirty years, have raised two beautiful daughters, one an accomplished musician herself, and can look back at this time in their lives, not as a failure, but as a challenge they overcame. BORN TO YOU is rare, in that it is a real, and sincere record of events that actually happened, written while they were happening. A musical Twitter.