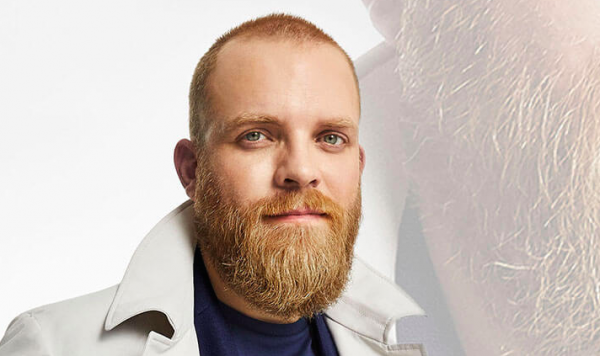 Brett G Jones, author, 38, today announced that military veterans looking to transition into their civilian careers are now able to purchase their own copy of, ‘Shock and Awe, RECRUIT!’ (or, How I Learned the Fundamentals of Advertising in Marine Corps Basic Training) from Amazon (Kindle or Paperback).

‘Shock and Awe, RECRUIT!’ (or, How I Learned the Fundamentals of Advertising in Marine Corps Basic Training) marks the first release for Brett G Jones. Everyone on Madison Avenue is excited about the book release, especially those close to Jones. He knows that “there are many more volumes to be written under the Military Mindset in Marketing and Adverting. In fact, I’ve gone on record stating my intent to launch the Military Mindset in Marketing and Advertising award show, celebrating creative campaigns by brands and agencies that have a veteran on the team that proved instrumental to the success of the campaign. I want to help tell their stories, if they’ll let me”

“‘A father’s bias aside, this book is an honest take on how to take leadership principles handed down to my son by his Drill Instructors from Marine Crops Basic Training and apply them in a creative field like marketing and advertising.”

Consumers active in the Marketing & Advertising – Leadership Training market will be interested to know ‘Shock and Awe, RECRUIT!’ (or, How I Learned the Fundamentals of Advertising in Marine Corps Basic Training) was developed with Military Veterans in mind, but it’s also a handy field manual for anyone hoping to learn about leadership principles, leadership traits, and basic troop leading steps.

For example, it features “Brief but prosaic language that’s not too jargon specific to the military or advertising,” Brett G Jones said, “I figured it’s important because to keep the book at 100 pages, because who has time to read anymore? This is great news for our transitioning veterans because time is money. I wrote this book to help veterans make money doing creative things. They shouldn’t be reading my book forever, or taking 12 weeks of courses from me, they should be getting after it. Putting that left foot forward and stepping off to a brilliant career in the First Civilian Division.”

‘Shock and Awe, RECRUIT!’ is ripe with motivation. This is key because ‘Shock & Awe, RECRUIT!’ is a book that written with the intent to motivate the motivators. Readers should be pleased with this since, as a veteran, the 6 basic troop leading steps, 11 leadership principles, and 14 fourteen leadership traits will come easy while navigating a successful career in advertising.

One final piece of information being released, states that the new book will also have poly-cosmic enthusiasm–Jones decided this was critical to the final product because he is nothing, if not enthusiastic. His writing reflects his personality. If you know Jones, it’s like you can hear him speaking in your head when you read his words. If you haven’t heard Jones speak, he certainly has dulcet tones. There is rumor he’ll be releasing an audio book of ‘Shock & Awe, RECRUIT!’ in early Spring. Stay frosty!.

Those interested in learning more about the author can do so on the website at Shock & Awe, RECRUIT!

Those interested in purchasing can go directly to the book listing, here: Amazon – Paperback