Sonorous Records is releasing six albums from our HOB Gospel Catalogue, original recordings digitally enhanced by Kevin Gibson of Electric Dreams. A a total of 68 tracks, some previously unreleased. 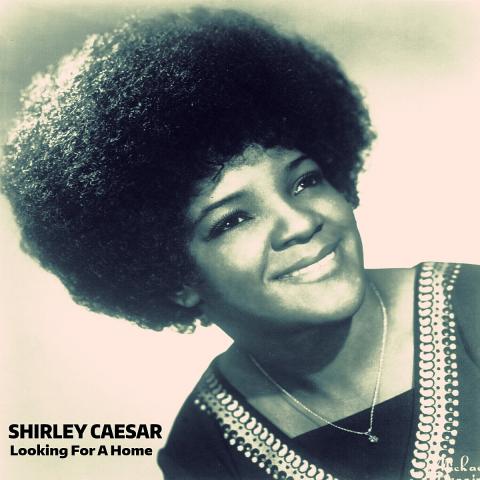 Sonorous Records Inc. is pleased to announce the release of six albums by Shirley Caesar from our HOB gospel catalogue. ” A total of sixty eight tracks have been digitally enhanced by Mr. Kevin Gibson of Electric Dreams” stated Ivan Cavric Sonorous Label Manager. “Some of these recording have been previously unreleased due to the poor quality of existing recordings” added Cavric. Sonorous Records would like to offer special thanks to Mr. Gibson for his tireless effort to enhance the recordings to a standard where they can be released and enjoyed by the public.

Shirley Caesar is an American gospel singer, songwriter and recording artist whose career has spanned seven decades. A multi-award winning artist, with 12 Grammy Awards along with Dove Awards and Stellar Awards to her credit. She is known as the “First Lady of Gospel Music and the Queen of Gospel Music” stated Ivan Cavric.

Caesar first began singing and performing for family and friends. She began singing as Baby Shirley Caesar all over the Carolinas as invitations poured in. She could only perform on weekends due to being in school during the weekdays. Her professional music career began in 1958 at 19, when she approached Albertina Walker about joining The Caravans, one of the most popular gospel groups at that time. Albertina wanted the vocally talented young Shirley Caesar in her group after hearing her sing a solo. Caesar decided to halt her education to join the group.

Caesar is the tenth child of 13 children. All of her siblings are now deceased. Her father Jim Caesar was a well known local gospel singer but he died suddenly when Shirley was seven years old. Her mother Hallie Caesar was a semi invalid due to a lame leg. Caesar had a special bond with her mother and took care of her until her death in 1986.

Caesar married Bishop Harold I. Williams in June 1983. The couple were co-pastors of the 1,500-member Mount Calvary Word of Faith Church in Raleigh, North Carolina, until his death on July 4, 2014. While she does not have children of her own, she has two stepchildren from her husband. Caesar is a member of Delta Sigma Theta sorority. She cites her mother as a strong influence in her decision to give so selflessly of herself. Caesar has committed a sizable portion of all concert sales to her outreach ministries.

Recently she has cut back on preaching and has appointed an executive pastor at her church and he provides weekly sermons to the congregation while Caesar serves as senior pastor but Caesar continues to record and perform in concert all over the country . She also continues to hold her annual outreach ministries conference . The outreach ministry provides food, clothing, shelter, toys for children and financial assistance to those in need.

SHIRLEY CAESAR – Stand By The Storm

Sonorous Records is an Independent record label. Offering full service benefits in partnership with Ingrooves Music Group and UMG. Owner of the venerable HOB (House of Beauty) catalogue featuring recordings of James Cleveland, Shirley Caesar and other great gospel artists. Established in 2011, we work with established artists as well as rising independent artists in all genres seeking to break into the major scene.