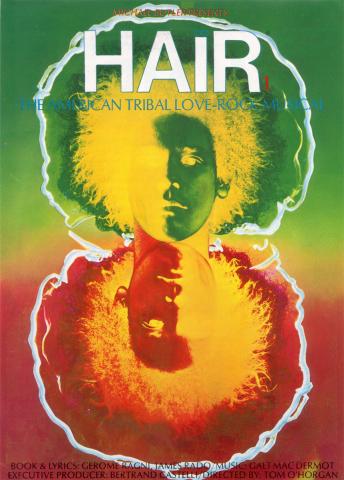 Michael Butler the Broadway Producer of HAiR, will open the segment via video tape from his Los Angeles home. Michael was personal friends with JFK and Robert Kennedy. “Robert Kennedy invited me to a preview of HAiR at the Public Theater. This was the defining moment for me to become the producer of HAiR. HAiR original content is more prevalent today than it was 50 years ago. There is still so much work to do for future generations. Peace and Love.” Michael Butler.

The events finally brings together HAiR the Musical cast members from the original Broadway to recent tours including the author James Rado, Choreographer Julie Arenal. HAiR cast member, actor, dancer, singer, musician Sherwin “Ace” Ross represented by Ann Wright Representatives, joins the benefit, “HAiR is more relevant today than it was 50 years ago.” Having starred in the musical, filling the iconic lead role of Berger, and later becoming the licensee / manufacturer for “HAiR the Musical” apparel and 60’s artwork. “This is an honor to be invited to reunite on stage to sing and dance for this worthy cause. Let the Sunshine In!”, states Ross. Ross is on an unbridled rampage seeking global distributors for the number one intimate and sleepwear brand from Santiago Chile, KAYSER.

The event will start at 7:30pm at The Cutting Room (44 E 32nd St, New York). Tickets can be purchased at www.BroadwaySingsForPride.com or https://tinyurl.com/revolutionbway